'Ding-Dong! The Witch Is Dead' is a song in the 1939 film The Wizard of Oz. It is the centerpiece of several individual songs in an extended set-piece performed by the Munchkins, Glinda (Billie Burke) and Dorothy Gale. Highlighted by the Lollipop Guild consisting of Frankie Rumpf, Jaelen Hurst and Jesse-Carr was also sung by studio singers as being sung by the Winkie soldiers. It was composed by Harold Arlen, with the lyrics written by E. Y. Harburg. The group of songs celebrate the death of the Wicked Witch of the East when Dorothy's house is dropped on her by the tornado and the death of the Wicked Witch of the West after being splashed with water.

In 2004 'Ding-Dong! The Witch is Dead' finished at #82 in AFI's 100 Years...100 Songs survey of the top tunes in American cinema. In 2013, the song charted to #2 on the UK Singles Chart in the aftermath of the death of former Prime Minister Margaret Thatcher.

The sequence starts with Glinda encouraging the fearful Munchkins to 'Come Out, Come Out, Wherever You Are' and meet Dorothy, who 'fell from a star' named Kansas, so that 'a miracle occurred.' Dorothy begins singing, modestly explaining through descriptive phrasing that it 'It Really Was No Miracle'; it was the wind that brought the apparent miracle. The Munchkins soon join in and sing joyfully, perhaps not really understanding how she got there, but happy at the result. Like several of the songs on the film's soundtrack, this one makes extensive use of rhyming wordplay, containing as many Hays Office-approved words rhyming with 'witch' as the composers could think of: 'itch', 'which', 'sitch'-uation, 'rich', etc.

Browse All Wicked Sheet Music Musicnotes features the world's largest online digital sheet music catalogue with over 400,000 arrangements available to print and play instantly. Shop our newest and most popular sheet music such as 'For Good', 'Defying Gravity' and 'Popular', or click the button above to browse all sheet music.

After a short interval in which two Munchkins present a bouquet to Dorothy, Glinda tells the Munchkins to 'let the joyous news be spread' that 'the wicked old witch at last is dead!' The Munchkins then sing the march-style number 'Ding-Dong! The Witch Is Dead.' After its one verse, there is another interruption, as the city officials need to determine if the witch is 'undeniably and reliably dead.' The coroner (Meinhardt Raabe) avers that she is, and the mayor reiterates Glinda's advice to the Munchkins to spread the news. The Munchkins oblige, and sing 'Ding-Dong! The Witch Is Dead' again. As the Munchkin soldiers march, looking vaguely like toys, some trumpeters issue a fanfare very similar to the fanfare at the beginning of the 'March of the Toys' from Babes in Toyland. This has a notable though perhaps unintended subtlety. In 1903, the operetta had been written to compete with an early and successful Broadway rendition of The Wizard of Oz. In addition, in 1934, there had been a film version of Babes in Toyland, which was presumably still recent in the memories of the audience.

In the next interval, three Munchkin girls in ballet outfits and dancing en pointe sing 'We Represent the Lullaby League,' and welcome Dorothy to Munchkinland. Immediately after, three tough-looking Munchkin boys sing 'We Represent the Lollipop Guild,' actually the same tune as 'Lullaby League,' and they similarly welcome Dorothy to Munchkinland, the center Munchkin (Jerry Maren) giving her a large round all-day sucker. The boys fade back into the crowd as they all come forward and begin singing and dancing 'We Welcome You to Munchkinland.'

The Munchkins sing and dance merrily, with 'Tra-la-la-la-la-la-las,' until the Wicked Witch of the West (Margaret Hamilton), the other witch's sister, bursts onto the scene in fire and brimstone, putting a sudden stop to the Munchkins' revelry, as her own well-known, sinister-sounding instrumental theme plays on the track.

There was to have been a reprise of the song, beginning 'Hail Hail! The Witch is Dead', sung by the leader of the Winkies (the witch's guards) after the Wicked Witch of the West had been melted and the spell over them was broken, and the lead Winkie had given Dorothy the witch's broomstick. It was to be continued by the townspeople of the Emerald City, who would sing it in a medley along with a reprise of 'The Merry Old Land Of Oz'.

This song and its scenes were cut from the film, which instead jumps directly from the witch's castle (minus the singing Winkie) to the Wizard's throne room. Parts of the song's recording survived and were included in the Deluxe CD soundtrack. The film footage of the celebration is lost, with the exception of a short clip that was actually in the film's original theatrical trailer, though it had been cut from the film.

It was re-staged in the 1995 television stage production The Wizard of Oz in Concert: Dreams Come True, and also in the 2011 Andrew Lloyd Webber musical.

Nearly all of the Munchkin voices were dubbed in by uncredited voice actors, who sang in their normal voices at a specific tempo, and the recordings were electronically pitched up to create the Munchkin 'voices' that the audience hears during playback. The Deluxe CD includes the actual voices of the three 'Lollipop Guild' on-screen performers for contrast. According to the CD liner notes, the uncredited voice actors for certain segments were:

Bletcher and Colvig had previously performed voice work notably in Three Little Pigs, and would go on to do a significant amount of voice work for the Warner and Disney cartoon studios. Bletcher himself was a short man, at 5 feet 2 inches, though notably taller than the Munchkins he voiced. 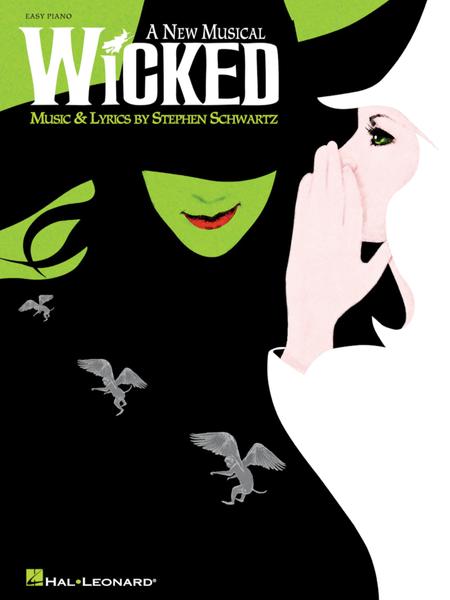 Following the death of former British Prime Minister Margaret Thatcher in 2013, a social media campaign, whose Facebook page had been set up in 2007,[8] emerged among anti-Conservative activists to encourage sales of the song so that it would chart on the UK Singles Chart;[9][10] the song reached #2 on the chart and peaked atop the Scottish Singles Chart.[10][11]

Ruth Duccini and Jerry Maren, who portrayed Munchkins in the 1939 film, criticized the campaign, with Maren calling the efforts 'shocking' and Duccini stating, 'Nobody deserves to be treated in such a way. When we were filming the movie no one intended it to be used in this way. I am ashamed, I really am'.[12]BBC Radio 1 did not broadcast the song in its entirety during its countdown programme The Official Chart,[13][14] instead playing a Newsbeat report about the campaign. The BBC justified the decision due to its context as a celebration of Thatcher's death. The campaign was countered by one involving 'I'm in Love with Margaret Thatcher' (led by the lead singer of its performers, Notsensibles), which charted alongside 'Ding-Dong! The Witch Is Dead'.[15][16][17]

Nominated for a whopping 10 Tony Awards in 2005, Wicked is an undeniable Broadway smash! A prequel to the all-American classic The Wizard of Oz, this new musical is a character study of Elphaba and Glinda, school roommates who grow up to become the Wicked Witch and the Good Witch, respectively. We are very proud to offer several songbooks featuring this delightful music, including a Vocal Selections book which contains the vocal line with piano accompaniment (00313268), and a Piano/Vocal Selections book, in standard piano/vocal format with the melody in the piano part (00313267). Songbooks feature a special section of color photos from the production, a note from composer/lyricist Stephen Schwartz, and these fantastic tunes: As Long as You're Mine • Dancing Through Life • Defying Gravity • For Good • I Couldn't Be Happier • I'm Not That Girl • No Good Deed • No One Mourns the Wicked • One Short Day • Popular • What Is This Feeling? • The Wizard and I • Wonderful.

Looking for one specific arrangement? Individual selections from this title are available for download at Sheet Music Direct.

Prices and availability subject to change without notice.