Ezekiel's Temple is an unbuilt temple structure described in the biblical Book of Ezekiel. 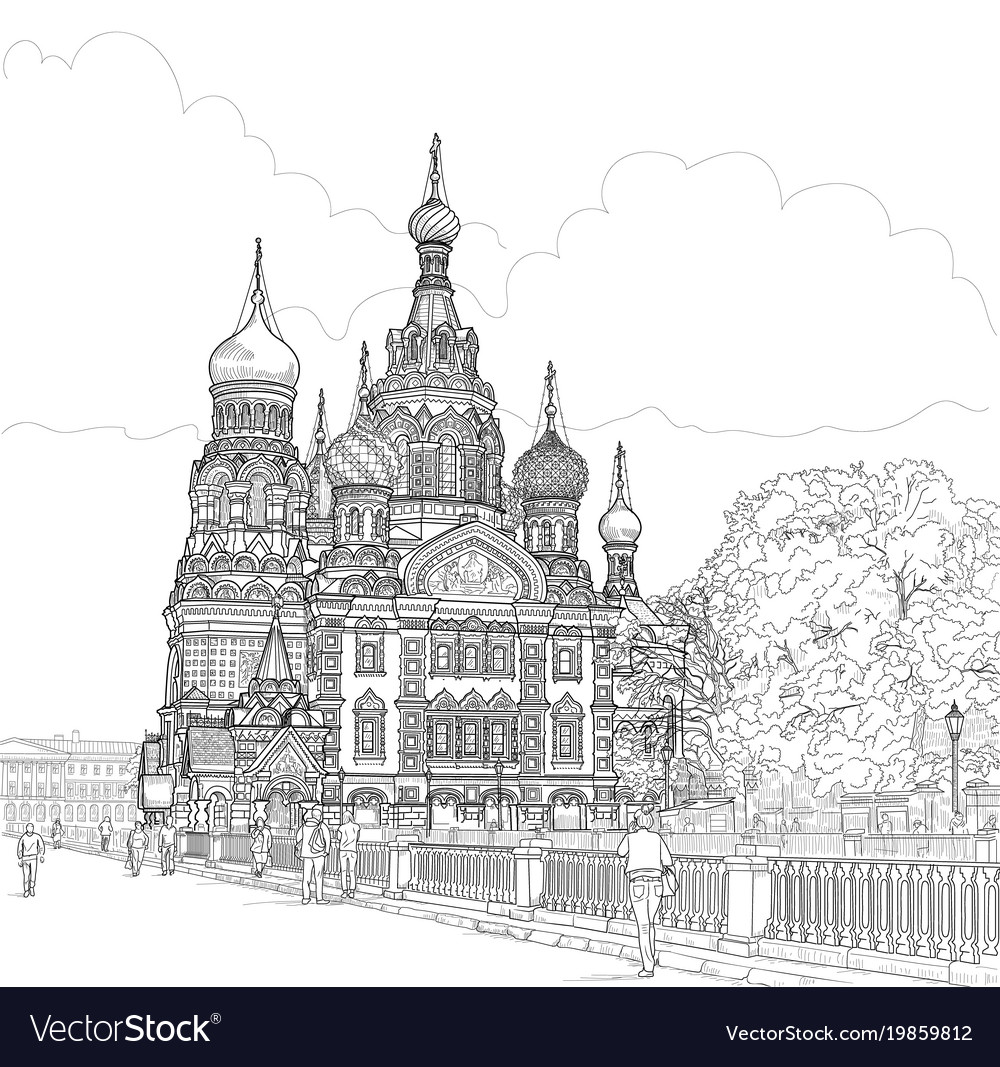 Third temple floor sketch based on Rabbi Meir Leibush ben Yehiel Michal's commentary to the Hebrew text of Ezekiel
Gateways of Ezekiel's Temple, as described in the Book of Ezekiel, drawn by the Dutch architect Bartelmeüs Reinders (1893–1979)

Features of the temple are described in detail in the book of Ezekiel,[1] in the form of a vision given to the prophet. Physical characteristics of the multi-level wood-panelled structure such as gateways, outer and inner courts, side chambers and vestibules, archways, doors, windows, sanctuary and altar are described. Some furnishings are described. Details of decoration are given, for example cherubim and palm trees carved on the doors and walls. The purposes of the side chambers are given, for example, for robing of the priests, for consumption of the flesh of sacrifices by the priests, and for singers. Dimensions are given based on the cubit.

The fact that details of the temple are given in the context of a prophetic vision, gives rise to analysis and debate regarding the meaning, significance and purpose of the temple.

Maimonides called it 'the temple that will be built' and qualified these chapters of Ezekiel as complex for the common reader and even for the seasoned scholar. Bible commentators who have ventured into explaining the design detail directly from the Hebrew Bible text include Rashi, David Kimhi, Yom-Tov Lipmann Heller, and Meir Leibush ben Yehiel Michal which all produced slightly varying sketches of the temple envisioned by Ezekiel.

Some Christian interpretations of Ezekiel's temple are: it is the temple that Zerubbabel should have built; a literal temple to be rebuilt during the millennial reign of Christ, a temple which is symbolic of the worship of God by the Christian church today, or a symbol of the future and eternal reign of God.[2] A number of Christian commentators also believe that this temple will be a literal Fourth Temple, which will exist during the Millennial Kingdom, following the destruction of a future temple that will be desecrated by the Antichrist.[3][4][5][6]

Ezekiel’s vision of a temple is enigmatic. Few passages in the entire Bible are more difficult to understand than chapters 40 to 48 of the Book of Ezekiel where the prophet describes in detail a temple—a habitation for YHVH himself—that he saw in a vision. Ezekiel’s temple is similar to the Tabernacle of Moses and Solomon’s Temple, but different and grander.

Is this temple to be actually built during the Messianic Era or Millennium (which is the most common interpretation of this prophetic passage)? Or is this temple not a literal temple that will be built, but only figurative and spiritual in nature containing some hidden spiritual message? Bible commentators are uncertain. The Christian commentator Matthew Henry brushes off the vision with a scant commentary giving the following reasoning why: “Here is a vision … which is justly looked upon to be one of the most difficult portions in all the book of God. When we despair to be satisfied as to any difficulty we meet with, let us bless God that our salvation does not depend upon it, but that things necessary are plain enough; and let us wait till God shall reveal even this unto us.” Not content to leave this issue on Matthew Henry’s spiritual back burner, this author has assembled a series of insightful quotes from scholars who have studied Ezekiel’s Temple in depth and have some thought-provoking ideas as to its spiritual significance that may well spur the reader to examine this subject more thoroughly for himself.

Next, we present some excerpts from some Jewish and Christian commentaries on the subject of Ezekiel’s temple.

The Soncino Pentateuch sees this vision describing a temple that will be built in the New Jerusalem after the return of the exiled Israelites, which occurs when Messiah comes to establish his kingdom on earth. “This new temple was … to symbolize and embody in concrete form the teachings of Holiness and Purity preached by the Prophet in the preceding 39 chapters of his book.… The real hope of the future for Ezekiel lies in perfect and willing obedience to the Law” (p. 350).

TheArtScrollChumash notes that at the beginning of the Book of Ezekiel the prophet is shown the glory of YHVH departing the Temple in Jerusalem because of all the abominations done therein (Ezek 9 and 10). That Temple became but an empty shell destined for soon destruction at the hands of the Babylonians. “But [Elohim] removes his Presence from places, not from his people. Throughout Ezekiel’s sad task of warning the nation of the consequences of its waywardness, [Elohim] told him that Israel would remain his people, that he would share their exile, and that he would bring them home again. In the concluding chapters of the book, Ezekiel saw the vision, the architecture, the dimensions, the laws of the Third Temple. Finally, he saw the vision of the Shechinah’s [YHVH’s glorious Presence] return—the same Shechinah whose departure he had tearfully witnessed twenty years earlier” (pp. 1158–1159).

The essence of the nine chapters devoted to describing this temple is found in 48:35 where the name of the city is given: YHVH Is There/YHVH Shama (vnÑ vuvh), according to the ArtScroll Tanch Series Ezekiel Commentary. The focus of the New Jerusalem is that it is the resting place of the Divine Presence. “[Elohim] wills that there be a New Jerusalem only because he wills that there be a place of welcome for the Divine Presence.… This Temple is to become the throne and footstool for the Divine Presence (43:7) and, in contrast to the two previous Temples which became defiled—and subsequently destroyed—through Israel’s sins, this one is to stand inviolate. [Elohim] is to dwell in it, never to depart (43:7)” (p. 605).

Adam Clarke in his commentary sees a direct correlation between the layout of Ezekiel’s temple and the message of the cross. “The tabernacle and temple were types of the incarnation of [Yeshua the Messiah]: ‘Destroy this temple, and after three days I will raise it up;—but this he spoke of the temple of his body’ (John 2:19,21). And in that Temple ‘dwelt all the fullness of the Godhead bodily.’ Into this immaculate humanity did the glory of the Supreme [Elohim] enter; and thus, ‘[Elohim] was in [Messiah] reconciling the world to himself.’ And this [Yeshua] is Immanuel, [El] with us” (Clarke’s Commentary, vol. 4, p. 540).

E.W. Bullinger in his noted Companion Bible says of Ezekiel’s Temple or Sanctuary, that it is the palace or habitation of the Messiah in connection with “the city of the great King” (Ps 48:2; Matt 5:35) (Appendix 88, p. 126).

“These closing chapters [Ezek 40 through 48] describe the new temple and a new order of worship for Israel. Most important they conclude with the name of the city, [YHVH] Is There. This is the key for understanding this whole vision of Ezekiel, which is paralleled by Revelation 21:1–22:15. As John has an angel guide to show him around his New Jerusalem, so Ezekiel has an angel to explain to him his temple vision. Though scholars vary in their interpretation, the temple is best interpreted symbolically, representing the ­worshiping community of the Messiah, during the church age, the Millennium, and climaxing in the world to come” (Spirit Filled Life Bible, notes on Ezek 40:1).

So what is the bottom line here? Will Ezekiel’s Temple literally be built or is it merely metaphorical symbology or both? 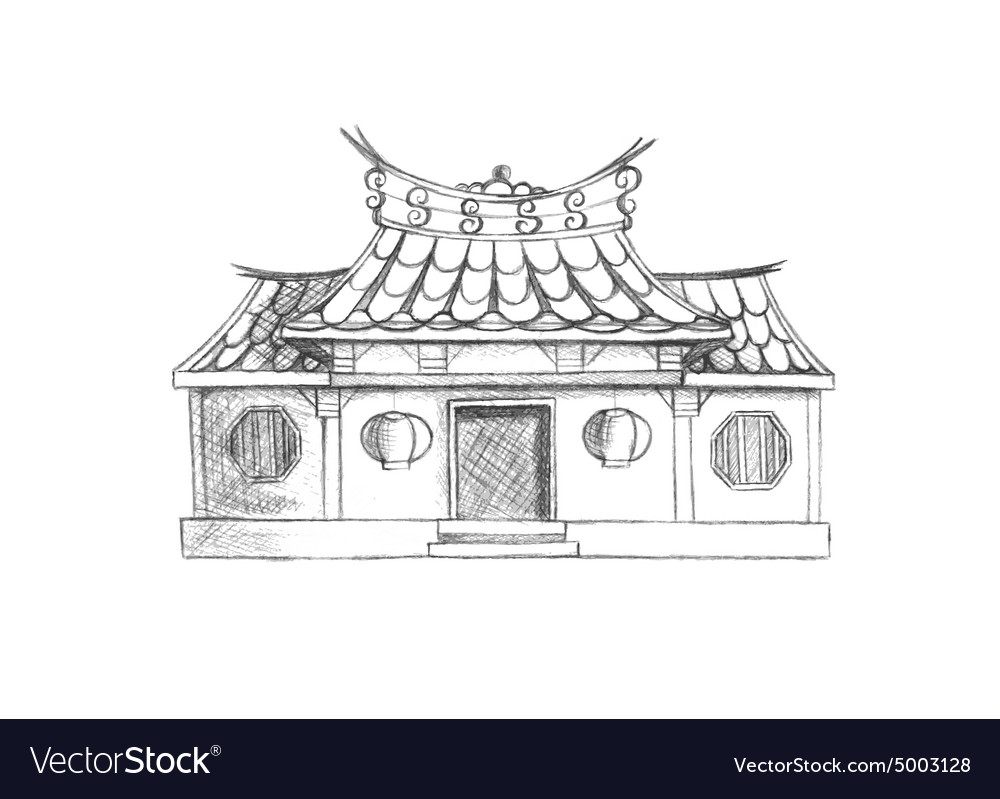 There are solid biblical reasons to believe that Ezekiel’s temple vision foretells a literal temple that will be built in the future. In Messiah’s Coming Temple—Ezekiel’s Prophetic Vision of the Future Temple, by John W. Schmitt and J. Carl Laney, the authors make a compelling case for this being a description of a literal millennial temple. “Taken literally, Ezekiel 40–48 describes a temple that will exist during the kingdom (millennial age). Also Ezekiel is not alone in his prediction regarding a future temple; other prophets confirm the view that there will be a literal temple in the future kingdom (Isa 2:3; 60:13; Jer 33:18; Joel 3:18; Mic 4:2; Hag 2:7–9; Zech 6:12–15; 14:16, 20–21)” (ibid. p. 81). Moreover, if we are to believe John’s account of the New Jerusalem’s river of life lined with trees of life (Rev 22:1–2), then we must believe that Ezekiel’s similar account is literal as well (Ezek 47:1, 7, 12).

Those who believe that Ezekiel’s Temple is an allegorical representation of this present church age “introducers unwarranted allegorization and tends to read ideas into the passage rather than drawing out the t ruth that is there. Furthermore, thee is very little that corresponds to the church in Ezekiel’s vision” (ibid., p. 81).