Tyehimba Jess pays tribute to Sissieretta Jones, the first African-American to perform at Carnegie Hall in 1892. Produced by Colin McNulty. Directed by Charlotte Mangin, Sandra Rattley. With Julianna Margulies, Lorraine Toussaint. Opera singer Sissieretta Jones (1868-1933) was born in Portsmouth, Virginia and raised in Providence, Rhode Island, where she began singing at an early age in the church.

Here’s one last post of the women we’ve highlighted on the Saints, Sisters, and Sluts Facebook page for Black History Month. There are many more women who have made considerable contributions and done amazing things. It’s impossible to include them all. I know I have learned a lot though and have a basis to build on for future blog posts. I hope you’ve learned something along the way as well.

Nannie Helen Burroughs (1879 – 1961) was an educator, orator, religious leader, and business woman. She helped found the National Association of Colored Women and worked within the National Baptist Convention. In 1909, she founded the National Training School for Women and Girls. The school emphasized preparation for occupations, but also stressed being proud black women. To this end students were required to take a class in African American history and culture. 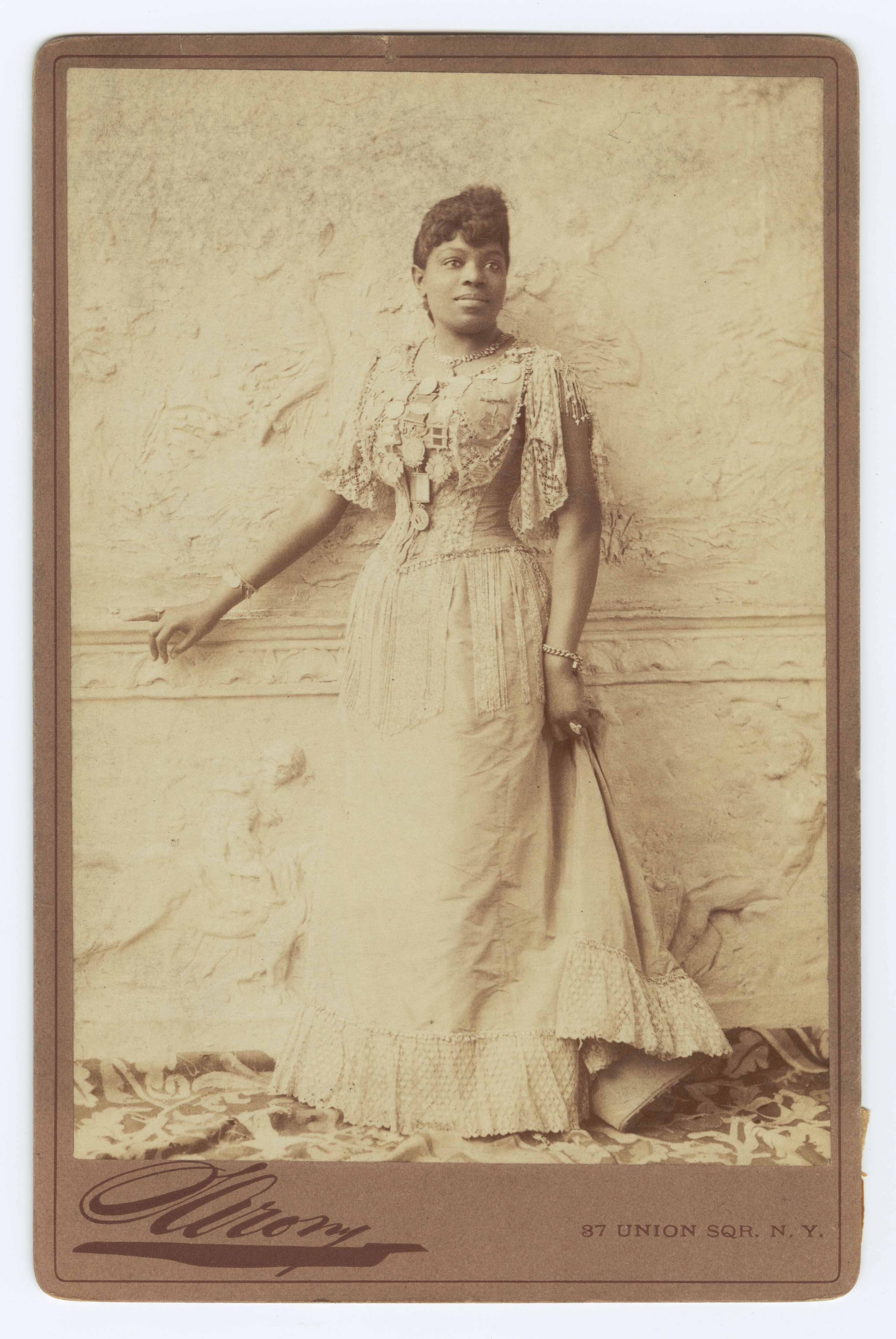 Willa Brown (1906 – 1992) was a teacher, social worker, pilot, and flight instructor, the first black woman officer in the Civil Air Patrol and the first black woman to hold a commercial pilot’s license in the US. With Cornelius R. Coffey (her husband and flight instructor) she established the Coffey School of Aeronautics to train pilots and mechanics.

She helped found the National Airmen’s Association of America in 1939 and lobbied for integration of black pilots into the Army Air Corps and the Civilian Pilot Training Program. The Coffey School was selected by the US Army to provide black trainees for the Air Corps pilot training program at the Tuskegee Institute.

Sissieretta Jones (1868? – 1933) was an American soprano who sang both opera and popular music. After beginning in the choir of her father’s African Methodist Episcopal church, Sissieretta went on to sing for 4 consecutive US Presidents and the British Royal Family.

She studied at the Providence Academy of Music and the New England Conservatory of Music. In 1888, she came to the attention of Adelina Patti’s manager who suggested that she tour with the Fisk Jubilee singers. Adelina Patti was a successful Italian opera singer. Sissieretta was sometimes referred to as “The Black Patti.”

Josephine St. Pierre Ruffin (1842 – 1924) was an African American publisher, journalist, civil rights leader, suffragist and the founder and editor of Women’s Era, the first journal written by and for African American women. Together with her husband George Lewis Ruffin (who had a number of first’s to his name, including first African American male graduate from Harvard Law School,) Josephine worked to recruit black soldiers to the Union cause during the Civil War and to support the men in the field.

“The Ruffin Incident” occurred when Josephine intended to attend the meeting of the General Federation of Women’s Clubs in 1900. She was representing two integrated groups (the New England Woman’s Club and the New England Woman’s Press Club) and one all black group, the New Era Club. When southern leaders discovered that the New Era Club was an all black organization they refused to let her represent them, but said she could participate as a representative of the other groups. She refused to compromise. The incident was widely reported across the country with much support for Ruffin.

Fannie Lou Hamer (1917 – 1977) was a voting rights advocate and civil rights activist. In 1962, in spite of the danger, she joined a group of people inspired by James Bevel and traveled to Indianola MS to register to vote. It was a very dangerous thing for African Americans to attempt to vote in the South at the time, so to bolster the groups courage she began to sing Christian hymns. This became her trademark as she organized other groups to register. Her courage brought her to the attention of leaders in the Student Nonviolent Coordinating Committee who recruited her to speak and organize.

Hamer is probably best known for her speech given to the Credential’s Committee at the Democratic National Convention in 1964. The Mississippi Democratic Party sent an all white and anti-civil rights delegation. In response Hamer with others formed the Mississippi Freedom Democratic Committee to challenge the all white delegation as not representing all of Mississippi. Ultimately, the compromise offered by the Convention was unacceptable to the MFDC, but the Democratic Party adopted a clause demanding equality of representation from all state delegations. Fannie Lou Hamer was selected as a delegate to the 1968 Convention.

There are several women I highlighted on the FB page, but not in these posts because they already appear in other blog posts. If you’re interested here are the names and links.