Did you know you could edit video in Reaper? Since Reaper is an audio recording program, you won't be surprised that you can't do a whole lot with video, but you CAN do some really impressive and important video editing.

One really common mistake most folks make when producing their own talking head videos (where you have a person talking - NOT the band with David Byrne:-P) is that while the video may look great, the audio quality often sucks. See our article How To Get Good Audio On Your Videosfor more on this. 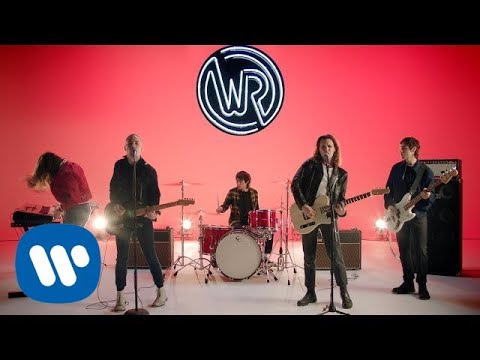 As I show in the video on that page, one great way to fix this is to record the audio separate from the video. For example, while your camcorder is recording the video of your noggin, you could have a microphone recording into a computer (or one of those hand-held digital audio recorders). Then after you're done recording, just replace the camcorder's crappy audio (this is almost guaranteed) with the 'good' audio.

Well guess what? You can do THAT in Reaper. Import the video onto track one, start a new track, import the good video, line up the audio tracks, and turn down the audio on track one. Done! No need for a separate video program.

BTW, I have a course on how to use Reaper for all your recording needs :-). Check out the details on The Newbies Guide to Audio Recording Awesomenss 2: Pro Recording With Reaper here.

Edit Out The Video Flubs

Very few people can look into a video camera and record perfectly every time. You're gonna mess up from time-to-time; or in my case, every 15 seconds or so:-P. Usually people fix this in a video editor. But you don't need a video program if all you're doing is snipping out the screw-ups!

In Reaper, what you see on a 'video' track is only the audio part of that video. You can open a video view window in Reaper to see the visual part of the video. But edits you make to the 'audio' in the 'video' track will also affect the video.

What this means, for example, is that if you cut out a part of the audio file on track one (where we imported our video file), the corresponding video will also be cut out. You'll see what I mean in the video below.

This is fabulous news because it means that one of THE most common jobs done with a separate video editing program - namely, cutting out the flubs - can be done in Reaper! In the video below, I purposely (yeah right) make a mistake and leave it in so I can demonstrate how to use Reaper to fix it. Of course the all important replacing of crappy audio with good audio is also shown below. Enjoy!