Philip Glass - Evening Song Act III Pt. 3 (Satyagraha) The second in Glass' trilogy about men who changed the world, Satyagraha's sub-text is politics. The opera is semi-narrative in form and deals with Mahatma Gandhi's early years in South Africa and his development of non-violent protest into a political tool. LA Opera’s presentation of Satyagraha by Philip Glass marked the company’s completion of the composer's “portrait trilogy” of operas about powerful thinkers who changed the. 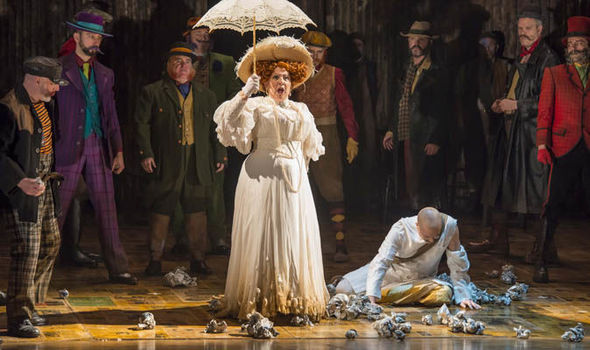 The first sound one hears is Douglas Perry's breathtakingly pure tenor intoning Sanskrit syllables from the Bhagavad-Gita, followed immediately by low strings scurrying behind. The sense of serene and confident purpose is entirely apparent, Perry's voice the perfect embodiment of the Ghandian philosophy of strength through pacifism. As the act continues, other voices are added, the full orchestra enters, all unhurried but purposeful growing in a calm force until subsiding at the end to Perry (Ghandi) alone. So begins Philip Glass' most impressive and complete opera after Einstein on the Beach, its predecessor. It's a far more traditional work in several respects: aside from Michael Riesman's electric keyboards, Satyagraha is scored for standard orchestra, and the voices are grouped much as found in European opera, with arias, duos, trios, and quartets. The overall sound is softer and less strident than in Einstein, with material that is more overtly melodic, though certainly an audience used to Verdi would still be baffled by the extreme repetitive aspect, not to mention a librtto entirely in Sanskrit. Without Robert Wilson's spectacular staging, the homebound listener may find Satyagraha a bit long and, in fact, that may be the case, but objections are tough to register after the concluding aria by Perry. Heard only once, the listener may not believe that he is simply singing a scale albeit with varying Sanskrit syllables, so gorgeous is the line and intonation. But to Glass' enormous credit, he has succeeded in fashioning a beautiful melody out of the barest materials and, in the process, created the perfect analogy for one of the leading figures of the 20th century. Highly recommended.

Scene 1 A mythical battlefield: The Kuru Field of Justice

A great battle is impending between two royal families, the Kuruvas and the Pandavas. Warriors and chieftains blew their battle shells announcing their readiness to fight. Seeing the battle set, Prince Arjuna spoke to Lord Krishna, wishing to look more closely at the men with whom he must do battle in the enterprise of war.

With only a handful of satyagrahis pledged to resist the Europeans’ racial discrimination, Gandhi initiated the first collective action among South Africa’s Indian residents. No one knew how long the struggle would last, but with Tolstoy Farm, the satyagrahis progressed toward securing an immediate goal. . Here, all families would live in one place, becoming members of a cooperative commonwealth, where residents would be trained to live a new, simple life in harmony with each other. 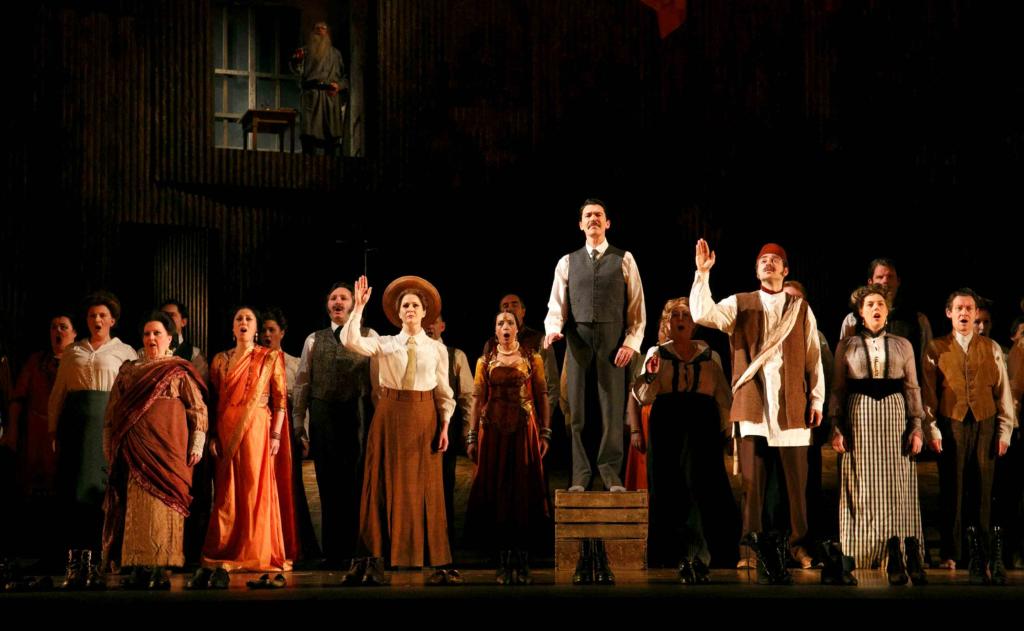 The British Government was proposing to institute an entire re-registration and fingerprinting of all Indians. They would be required to carry resident permits at all times, police could enter homes to inspect for certificates, and offences were punishable by fines, jail, or deportation. At a public meeting attended by over 3,000 people, a resolution was drawn up stating that all would resist this Black Act unto death.

Gandhi had spent six months in India spreading the word of the settlers’ conditions in South Africa. Thousands of Europeans had read of his speeches and there was a great explosion of feeling when Gandhi returned to South Africa. Already angered by his actions, the Europeans were further inflamed by Gandhi’s intention to bring back hundreds of Indian immigrants. Growing larger in numbers and more violent in their actions, the excited crowd pursued Gandhi on the long walk through town. The wife of the superintendent of police was coming from the opposite direction and opening her umbrella for his protection, Mrs. Alexander lead Gandhi to safety.

Central to the movement’s activities was the weekly publication of Indian Opinion. Every aspect of production was considered in light of the struggle and the paper progressively reflected the growth of Satyagraha principles. Indian Opinion informed the local and world community, and became a powerful weapon for the struggle. At its height, there was an estimated readership of 20,000 in South Africa alone.

Movement leaders were sentenced to jail for disobeying an order to leave South Africa. The community resolved to fill up the jail, and courting all kinds of arrest, the number of Satyagrahi prisoners rose to 150 by the week’s end. The Government proposed that if the majority of Indians underwent voluntary registration, they would repeal the Black Act. But when the Government failed to fulfil their part of the bargain, the Satyagrahis issued their own ultimatum: if a repeal was not forthcoming, certificates would be collected by the Indians and burned. On the day of the ultimatum’s expiration, the government’s refusal was sent to the site where Gandhi conducted a prayer meeting before the burning of the registration cards. These were all thrown into the cauldron, set ablaze, and the assembly rose to its feet making the whole place resound with their cheers—even greater than the commencement of the movement, satyagraha now had its baptism of fire.

With two overt racially discriminatory laws, the Government was effectively controlling the influx of new Indian settlers and keeping the old class of labourers under its thumb. Both the Three Pound Tax and the Asiatic Immigration Law were in effect when the great Indian leader, Shree Gokhale, made a tour of South Africa and secured from the Government a public promise for their repeal. The Government’s breach of promise gave Satyagraha an opportunity to include new objectives in its fight for truth and to increase its strength in numbers. The miners in New Castle were selected to be the first drawn into the expanding struggle. Led by Gandhi, they would march the thirty-six miles to the Transvaal border. If arrested at this registration check point, this army of 5,000 would flood the jails, incurring heavy expenses and difficulties for the Government. If allowed to proceed to Tolstoy Farm, they would prolong the strike, conceivably drawing all of the 60,000 labourers affected by the tax law into the struggle.