We offer quality reduced orchestrations of a variety of operas for rent, for small- to medium-sized orchestras. We have been around since 2006 and have supplied orchestrations for over 800 productions on six continents. 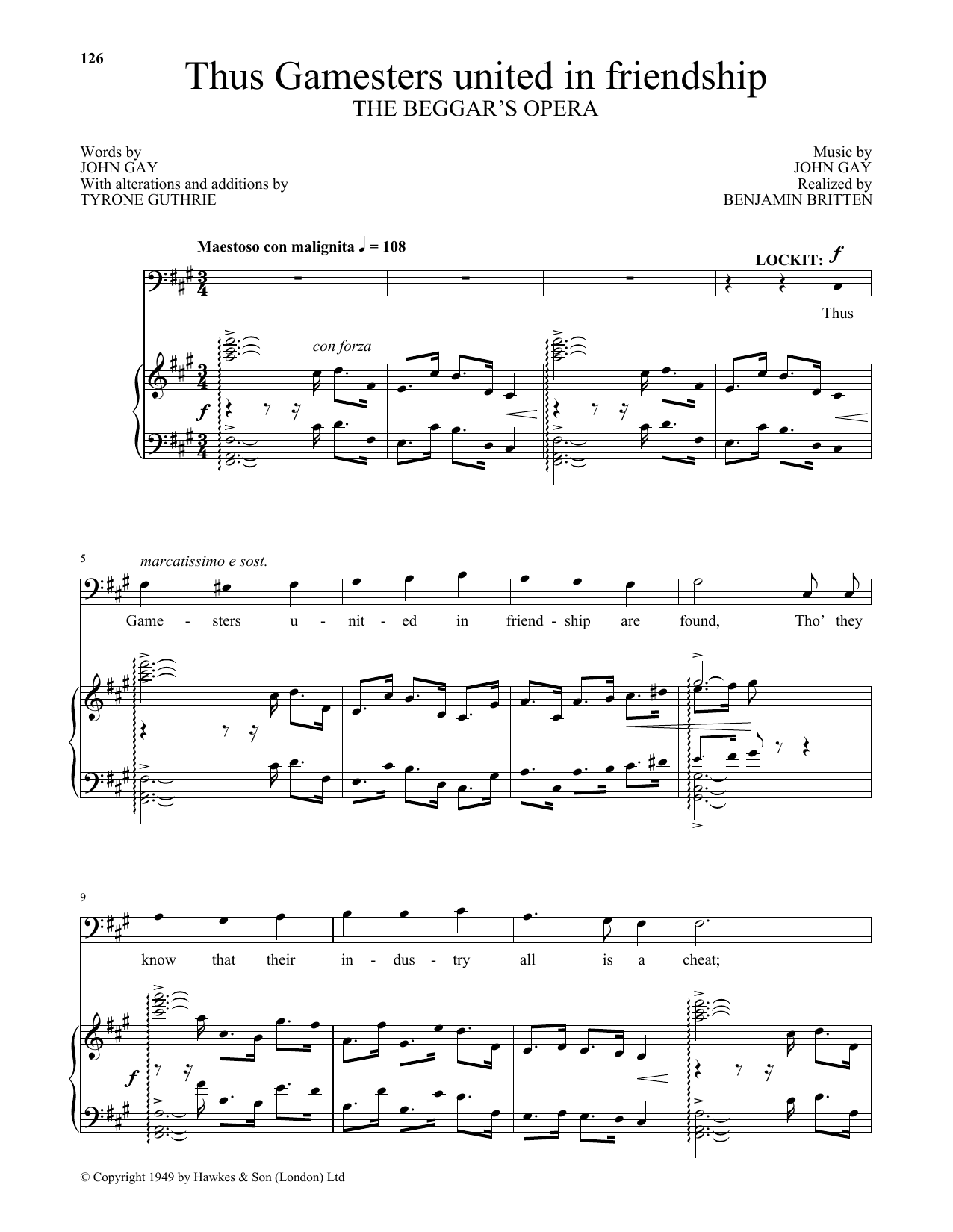 Our reductions generally retain at least one of each original instrument, achieving a faithful reproduction of the composer's original colors and full-orchestra sound. There is no keyboard fill-in as there is in many 'pocket' arrangements.

Our editions comprise the complete operas. No music has been cut, and in some cases we include extra music not always found in the standard editions. We sometimes provide commonly-done transpositions of select arias in addition to the composer's originals.

Parts are professionally engraved, printed and bound. There are no paste-ups, inserts, or hand alterations.

Wind parts have been transposed for modern instruments.

Onstage and backstage music (banda) is incorporated into the pit orchestration.

Timpani and percussion parts are combined into one multi-staff part, to be covered by a single player if necessary.

Attention is given to minimizing performance mishaps, since rehearsal time is often short with opera—courtesy accidentals, liberal use of cues, clarinet transposition shown on every page, attention to page turns, etc.

Great care is given to accuracy. Since our editions are printed digitally, we are able to correct any errors as soon as they are found, rather than allowing them to languish as with engraved printing.

Unlike with many reductions, we always provide a full score, showing both the original and reduced orchestrations. Score and parts all have rehearsal marks and/or measure numbers. 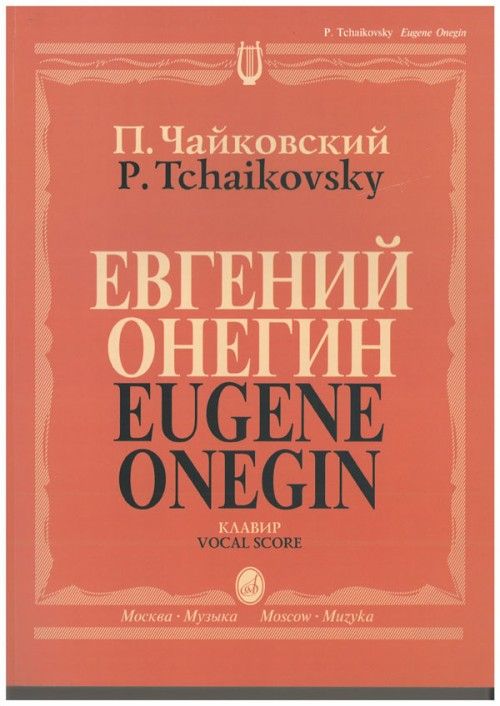 A Two-Act Opera
Running Time: 142 minutes
Music by Jennifer Higdon
Libretto by Gene Scheer
Original Story by Charles Frazier
Please call for rental fees
PRAISE ABOUT (Synopsis) ORIGINAL PRODUCTION TEAM
ORIGINAL CAST CAST ORCHESTRATION
PUBLISHING AND RIGHTS PRODUCTION COMPANIES
PRAISE
'Jennifer Higdon's Cold Mountain (heard Feb. 7) reaffirmed the power and high quality of the composer's first-ever opera.' Opera News
'Cold Mountain', the opera, turns out to be a special piece of American art that examines both our fortitude and failures.' '...Higdon finds sounds for all of her characters and makes it their signature; the musical dimensions she adds would feel right to the millions of people who read Frazier's original work.' Denver Post
'...it is a delight to report that the newest manifestation of this oft-told tale—the opera version of the best-selling novel 'Cold Mountain,' just given its world premiere in Santa Fe—captures all of its adventure, romance and pathos in a fresh, vibrant musical idiom.' Washington Post
'Underneath it all was one of the more solid operas to come from an American composer in recent years.' Philadelphia Inquirer
'In this critic's mind, Cold Mountain is an astonishing triumph, destined to enter the operatic canon of frequently performed works...' The Star-Telegram
'It is a score, which, in its sure-handed clarity, accessibility, and inventiveness, marks Higdon as a natural creator for the lyric stage.' San Francisco Classical Voice
'Pulitzer Prize-winning composer Higdon embellishes the libretto with her evocative music gleaned from an inventive sound-palette of orchestral color.' Albuquerque Journal
'Higdon is best known for her instrumental work, and 'Cold Mountain' stands out for the evocative quality of the orchestration. With her first opera, Higdon has taken a big step forward in her vocal writing...' St. Louis Post-Dispatch
'Her use of the orchestra shows a sovereign confidence, benefiting from a gift for color and texture infused with lyricism.' Musical America
top of page
ABOUT (Synopsis)
The opera tells the story of W.P. Inman, a Confederate soldier who, after being treated for wounds he received during the battle of Petersburg, chooses to desert the army and make his way back to his beloved Ada Monroe. Inman knows that the Home Guard is hunting down deserters. Emotionally gutted by the horrors he has experienced and desperate to see Ada again, he decides to take the risk and begins the dangerous journey home. When Inman left for the war, he believed the war would not last but six months. It is now four years later. Ada, a Southern lady once used to a life of privilege, has now been forced to deal with a life of profound deprivation. With the help of Ruby, a resourceful mountain woman, Ada's life has been slowly transformed. The women help each other, not only to endure the war, but also to grow in ways that are both unexpected and profound.
Cold Mountain, set during the American Civil War — the pivotal conflict in our nation's history — is the story of a soldier who wonders whether the violence he has endured has in some way ruined him and made him unworthy of love. In the struggle to answer this question, Inman is forced to examine where his real allegiance lies. Is it to his country? Is it to a cause? What is at the center of his soul? What are the core principles that he needs to abide by to feel essentially human again? Cold Mountain, like The Odyssey, on which the novel is loosely based, has at its center a transformative journey.
top of page
ORIGINAL PRODUCTION TEAM
Conductor: Miguel Harth-Bedoya
Director: Leonard Foglia
Scenic Design: Robert Brill
Costume Design: David C. Woolard
Lighting Design: Brian Nason
Projection Design: Elaine J. McCarthy
Fight Director: Rick Sordelet
Chorus Master: Susanne Sheston
top of page
ORIGINAL CAST
Major Roles
• Inman: Nathan Gunn
• Ada: Isabel Leonard
• Ruby: Emily Fons
• Teague: Jay Hunter Morris
• Stobrod/Blindman: Kevin Burdette
• Veasey: Roger Honeywell
• Owens/Ethan/Chain Gang Guard: Robert Pomakov
• Monroe/Pangle/Chain Gang Guard: Anthony Michael-Moore
Supporting Roles
• Lila: Bridgett Gan
• Katie (one of three sisters): Heather Phillips
• Olivia (one of three sisters): Shabnam Kalbasi
• Clarie (one of three sisters): Megan Marino
• Sara: Chelsea Basler
• Lucinda (escaped slave): Deborah Nansteel
• Junior/Charlie: Daniel Bates
• Reid/Chain Gang Guard: Roy Hage
• Thomas: Tyler Putnam
MALE Chorus
Acting/Speaking Roles
• Owen's Son/Teague's Home Guard: Adrian Kramer
• (2) Extra Men: Teague's Home Guard
• Laura—Drugged Young Woman: Andrew Nunez
• Birch—12-year-old Boy: Nicholas Ottersberg
• (3) Small Children that Run Across Stage
• 9-year-old Girl (Ada & Inman's Daughter): Giulia Baccante
top of page
CAST
Major Roles
• Inman—Baritone
• Ada—Soprano
• Ruby—Mezzo
• Teague—Tenor
• Stobrod/Blindman—Bass
• Veasey—Tenor
• Owens/Ethan/Chain Gang Guard—Baritone
• Monroe/Pangle/Chain Gang Guard—Baritone
Supporting Roles
• Lila—Soprano
• Katie (one of three sisters)—Soprano
• Olivia (one of three sisters)—Mezzo
• Clarie (one of three sisters)—Mezzo
• Sara—Soprano
• Lucinda (escaped slave)—Mezzo
• Junior/Charlie—Tenor
• Reid/Chain Gang Guard—Tenor
• Thomas—Bass
MALE Chorus
Acting/Speaking Roles
• Owen's Son/Teague's Home Guard
• (2) Extra Men—Teague's Home Guard
• Laura—Drugged Young Woman
• Birch—12-year-old Boy
• (3) Small Children that Run Across Stage
• 9-year-old Girl (Ada & Inman's Daughter)
top of page
ORCHESTRATION
2 flutes (2nd doubling piccolo)
2 oboes (2nd doubling english horn in F)
2 clarinets in Bb (2nd doubling bass clarinet in Bb)
2 bassoons (2nd doubling contrabassoon)
4 horns in F
3 trumpets in C (1st doubling piccolo trumpet in Bb)
2 trombones
1 bass trombone
1 tuba
harp
3 percussionists
strings
top of page
PUBLISHING AND RIGHTS
Lawdon Press is the agent for the music sales and performance rentals to Cold Mountain.
Published by Lawdon Press (ASCAP)
For information on Grand Rights: Cheryl Lawson, Lawdon Press, [email protected]
top of page
PRODUCTION COMPANIES
A list of companies who have performed or have scheduled future performances of the opera:
1. Santa Fe Opera (2015)
2. Opera Philadelphia (2016)
3. North Carolina (2017)
4. Minnesota Opera (2018)
top of page