Thais - Meditation Lyrics: THAIS / (Newman Levy) / One time in Alexandria, in wicked Alexandria / Where nights were wild with revelry and life was but a game / There lived, so the report is, an.

'Méditation' (pronounced [meditasjɔ̃]) is a symphonic intermezzo from the opera Thaïs by French composer Jules Massenet. The piece is written for solo violin and orchestra. The opera premiered at the Opéra Garnier in Paris on March 16, 1894.

The Méditation is an instrumental entr'acte performed between the scenes of Act II in the opera Thaïs. In the first scene of Act II, Athanaël, a Cenobite monk, confronts Thaïs, a beautiful and hedonistic courtesan and devotée of Venus, and attempts to persuade her to leave her life of luxury and pleasure and find salvation through God. It is during a time of reflection following the encounter that the Méditation is played by the orchestra. In the second scene of Act II, following the Méditation, Thaïs tells Athanaël that she will follow him to the desert.

The piece is in D major and is approximately five minutes long (although there are a number of interpretations that stretch the piece to over six minutes). Massenet may also have written the piece with religious intentions; the tempo marking is Andante religioso, signifying his intention that it should be played religiously (which could mean either strictly in the tempo or literally with religiously-founded emotion) and at walking tempo, or around 60 BPM. The piece opens with a short introduction by the harps, with the solo violin quickly entering with the motif. After the violin plays the melody twice, the piece goes into a section marked animato, gradually becoming more and more passionate (Massenet wrote poco a poco appassionato). The climax is reached at a place marked poco piu appassionato (a little more passion) and is then followed by a short cadenza-like passage from the soloist and returns to the main theme. After the theme is played twice, the soloist joins the orchestra while playing harmonics on the upper register as the harps and strings quietly play below the solo line.

The piece calls for solo violin, two flutes, two oboes, English horn, clarinet, bass clarinet, bassoon, contrabassoon, 2 horns, SATB chorus, two harps and strings. The solo violin part is generally played by the orchestra's concertmaster in an opera setting, or by a featured soloist standing in front of the orchestra in a concert setting. The SATB chorus is indicated by Massenet to be sung by the entire chorus from behind the curtain in an opera setting, and by four to eight soloists seated among the orchestra in a concert setting. Other arrangements have also been made, such as the variation for the violin and piano. 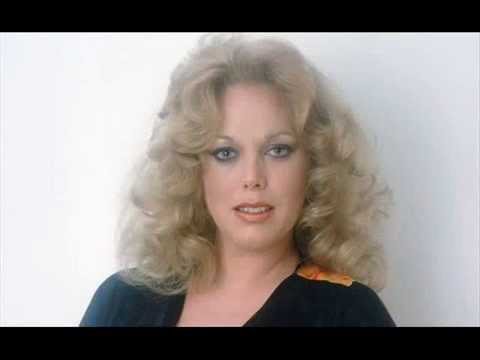 The Méditation from Thaïs is considered to be one of the great encore pieces; world-class violin soloists such as Michael Rabin, Anne Akiko Meyers, Joshua Bell, Sarah Chang, Anne-Sophie Mutter, Itzhak Perlman, David Garrett and Maxim Vengerov have performed the piece as soloists with major orchestras throughout the world. The Méditation has been transcribed for violin and piano and for other instruments as well. The cellist Yo-Yo Ma and pianist Kathryn Stott have recorded a version for cello and piano by Jules Delsart; the flautist James Galway, the euphoniumist Adam Frey, and trumpeter Sergei Nakariakov have also performed and recorded separate versions on their respective instruments, each with orchestral accompaniment. Jazzbass saxophonistAdrian Rollini quoted the opening bars of the melody in a 1925 recording of Milenburg Joys with the Varsity Eight, although he did play it in the key of D-flat major, a semitone lower than the original composition.

The British choreographer Frederick Ashton created a balletic pas de deux from the Méditation. Premiered on 21 March 1971, the piece was created on Antoinette Sibley and Anthony Dowell of The Royal Ballet and performed at the Adelphi Theatre as part of a Gala Performance. The piece is not related to the plot of the opera, but resembles a vision scene, with Sibley resembling 'a disembodied, weightless spirit',[1] and features costumes by Dowell. It was so well received at its first performance that Ashton had to announce an immediate encore, and Marie Rambert considered it one of Ashton's three masterpieces (along with Symphonic Variations and La fille mal gardée). There is a recording of the piece that was shown on BBC Television and the pas de deux was featured in the international cinema screening The Royal Ballet Dances Frederick Ashton from the Royal Opera House in 2013.