A style of operatic composition, prevalent in Italy in the 1890s, with repercussions extending to other European countries and later decades. Verismo in Italy originated in Milan in the 1870s, when the Sicilian critic and writer Luigi Capuana published the novel Giacinta, generally regarded as the 'manifesto' of Italian verismo. The most important and influential exponent of the verismo school was Giovanni Verga, whose novel and plays show analogies with the naturalism of the French authors Emil Zola whose novel Germinal portrayed a coal-mining community living in terrible housing, working under shocking conditions, and a major pit accident and rescue, and Guy de Maupassant.

The landmark veristic opera is Mascagni's Cavelleria rusticana (1890), based on a short story by Verga set in contemporary times in mountain village in Sicily, portraying peasant workers, carriers, and local poeple, retribution and murder.The veristic operas that followed, such as Leoncavallo's Pagliacci (1892), ...and Puccini's Il tabarro (1918), have certain traits in common. The settings are contemporary; the characters are often rural and generally impoverished; the passions run high and lead to violence. There is a tendency in these works to mix the sordid with the sensational.

(adapted from TheHarvard Dictionary of Music, 1986)

Even before Cavalleria rusticana, Bizet's Carmen (1874; based on a work by Prosper Mérimée) could be considered veristic in its portrayal of female workers in a cigarette factory, and local policemen, though combined with the 'exotic,' Romantic world of smugglers.

The term verismo is used more loosely to describe opera that portrays 'everyday' characters. Thus Puccini's La Bohème (1896) depicts four impoverished artists living and working in a sordid garret in Paris, and an equally poverty-stricken young girl who does embroidery for a living. (These lives are, however, romanticised in a way that is alien to true verismo). Puccini's Tosca (1900) is also loosely called veristic: set in Italy, it portrays a political prisoner, a painter, and a singer, heartessly tricked by the chief of police.

Madama Butterfly (1904) exists, of course, in a very different--and potentially glamorous!--setting and situation. But it is set in th4e contemporary world, and deals with the disreputable attitude of an American sailor toward his Japanese bride, and so undercuts the superficially 'exotic' world that it inhabits, ending with a geisha girl--perhaps the epitome ofglamor!--committing suicide on stage.

Article
Please select which sections you would like to print:
While every effort has been made to follow citation style rules, there may be some discrepancies. Please refer to the appropriate style manual or other sources if you have any questions. 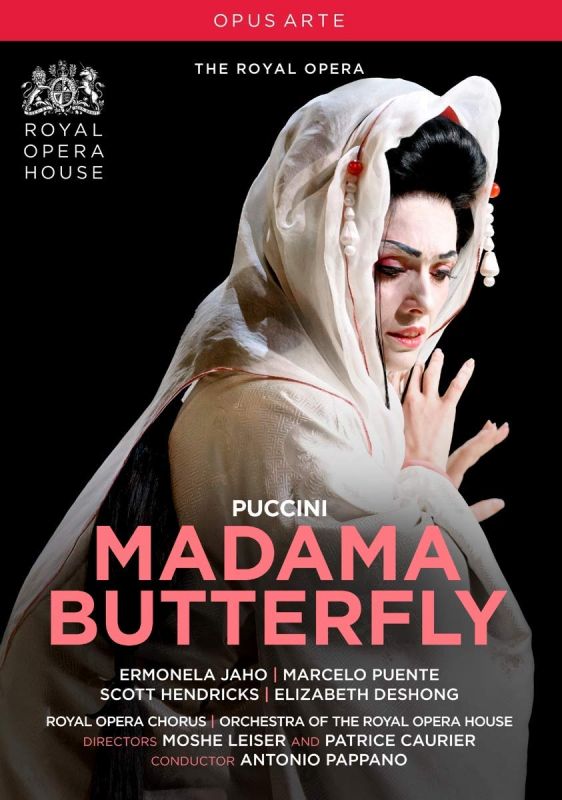 Our editors will review what you’ve submitted and determine whether to revise the article.

Join Britannica's Publishing Partner Program and our community of experts to gain a global audience for your work! 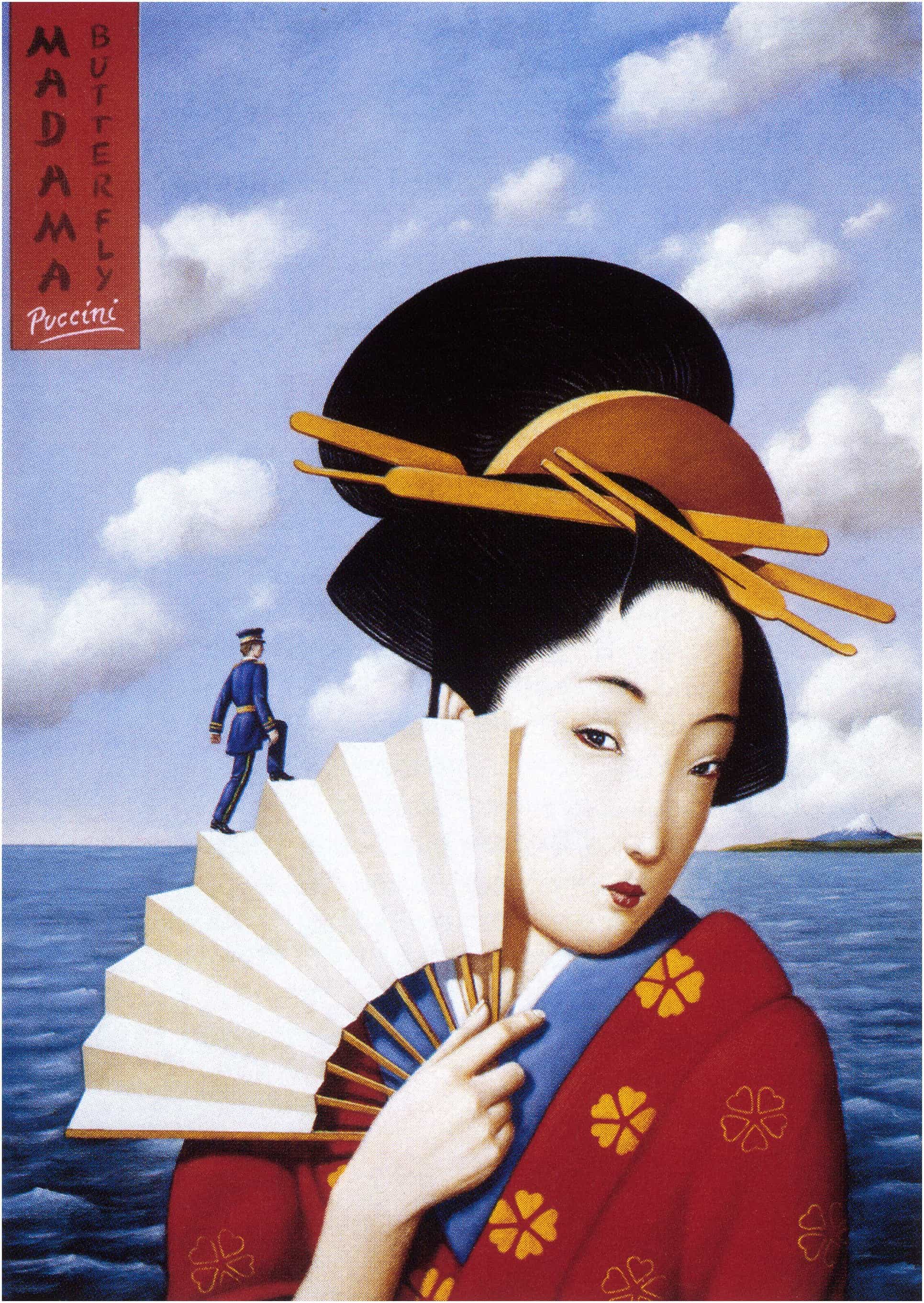 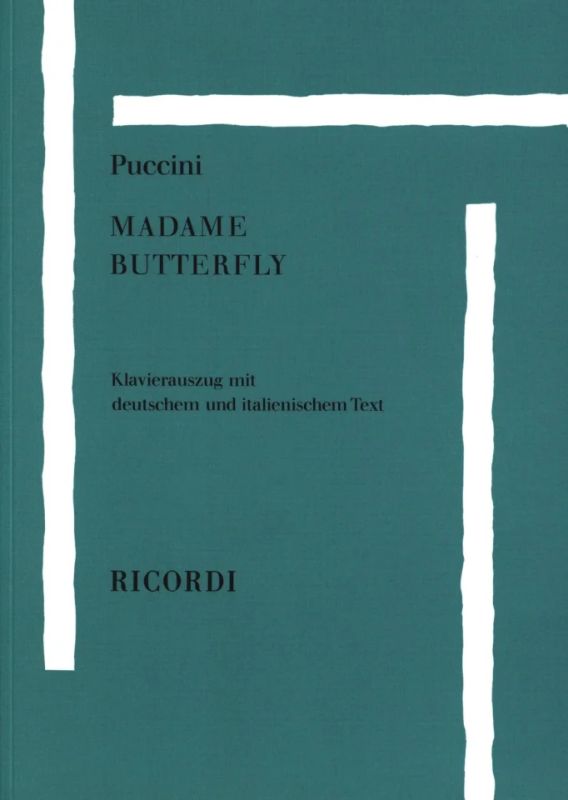 Betsy Schwarm is a music historian based in Colorado. She serves on the music faculty of Metropolitan State University of Denver and gives pre-performance talks for Opera Colorado and the Colorado Symphony...

Madama Butterfly, opera in three acts (originally two acts) by Italian composer Giacomo Puccini (Italian libretto by Luigi Illica and Giuseppe Giacosa) that premiered at La Scala opera house in Milan on February 17, 1904. The work is one of the most frequently performed of all operas.

While in London in 1900, Puccini attended a performance of American theatrical producer and playwright David Belasco’s one-act play Madame Butterfly, which recounted the tale (derived from a short story of the same name by American author John Luther Long) of a Japanese girl’s ill-fated love for an American sailor. Although he knew no English, Puccini responded to the play’s poignancy and asked his publisher, Giulio Ricordi, to obtain the story’s operatic rights. Early in 1901 the composer and his favourite librettists, Illica and Giacosa, with whom he had previously worked with success on Manon Lescaut, La Bohème, and Tosca, set about creating Madama Butterfly.

Puccini and his librettists took steps to introduce an element of realism into the new opera. Illica even traveled to Nagasaki to investigate local colour, while Puccini set about researching Japanese music. He visited with the wife of the Japanese ambassador to Italy, who sang Japanese folk songs to him. She also acquired for him sheet music for further study. Puccini’s music for the opera reflects what he had learned and even makes a few direct references to the Japanese songs he had been exposed to. To delineate the American characters, Puccini often used a bluff forthright manner of expression, and he occasionally worked in bits of “The Star-Spangled Banner.”

For all his care in composing the opera, Puccini was stunned at its reception. The opening-night audience openly jeered, booing and hissing throughout the performance. Madama Butterfly’s Japanese theme was mocked, and its tragic heroine was derided as a secondhand copy of Mimì from La Bohème. Puccini withdrew the opera from performance after opening night, but he was not discouraged. Perhaps he was aware that jealous rivals had filled the house with their own noisy supporters. Nevertheless, he and his librettists began extensive revisions, most notably dividing the opera’s overly long second act. The new Madama Butterfly, which reached the stage in Brescia, Italy, on May 28, 1904, was a great success. Two more revisions would follow, in 1905 and 1906, before the opera reached its definitive form. All versions included “Un bel dì,” which remains one of the best-known arias in the soprano repertoire.

Madama Butterfly is set in and around a house on a hill overlooking the harbour at Nagasaki, Japan, in 1904.

On the flower-filled terrace of a Japanese house overlooking the harbour. 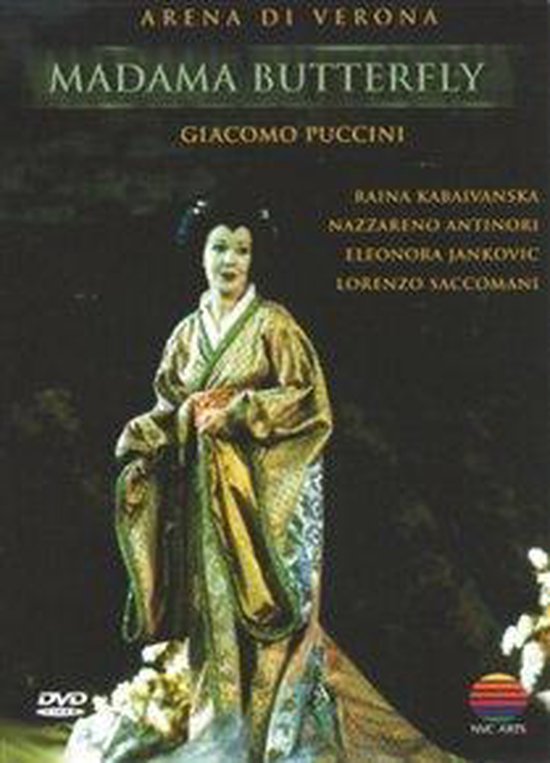 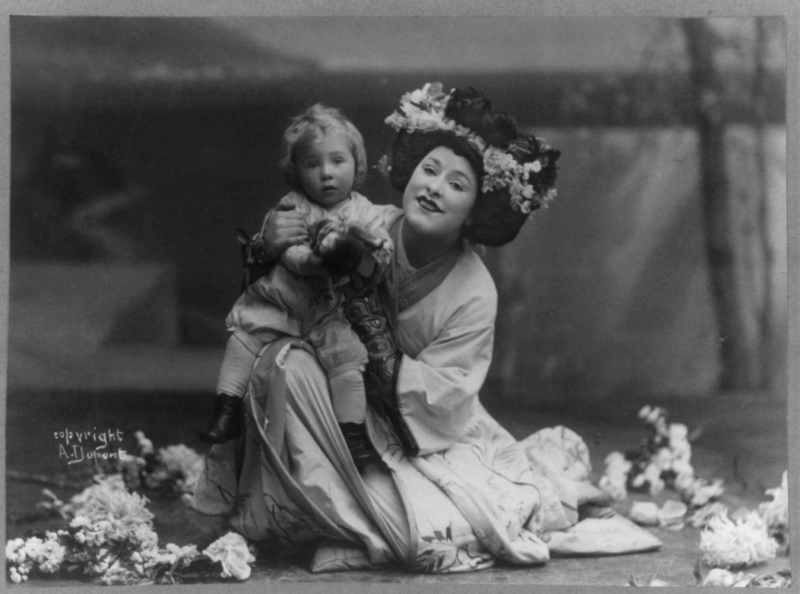 Goro, a marriage broker, is showing Benjamin Franklin Pinkerton, an American naval officer, the house that Pinkerton has just bought for his honeymoon with his new Japanese bride, Cio-Cio-San (Madame Butterfly). After introducing the servants, including Suzuki, Goro describes the upcoming wedding—as well as the long list of relatives who will attend. Sharpless, the American consul, arrives, out of breath from his walk up the hill. The two Americans relax with drinks as Sharpless admires the view and the flimsy little house. Pinkerton has leased it for 999 years, with the option to cancel each month; contracts are flexible in Japan, he says. Pinkerton sings the praises of the “vagabond Yankee” who travels the world, taking his pleasure at every shore (“Dovunque al mondo”). He ignores Sharpless’s warning that such a shallow way of life can lead to sadness, and he boasts that his marriage contract, like the house, is for a term of 999 years but can be canceled any month. The two men toast “America forever” (to a few bars of “The Star-Spangled Banner”). When Sharpless asks Pinkerton if the bride is pretty, Goro interrupts and says she is not only beautiful but also cheap: only 100 yen, less than 50 dollars. Pinkerton orders Goro to bring his bride to him. Sharpless remarks on Pinkerton’s restlessness and asks if he is really in love. Pinkerton replies that he is not sure whether he acts on love or a whim (“Amore o grillo”) but that he knows his bride is as delicate as a figure on a Japanese screen, a little butterfly that he must chase and capture, even if it means breaking her wings. Sharpless recalls Butterfly’s visit to the consulate a few days earlier. Although he never saw her, he was captivated by her voice and felt that she was really in love. He points out that it would be a shame to break her heart. But Pinkerton does not see the harm in his brand of “love.” Sharpless proposes a toast to Pinkerton’s family, and Pinkerton toasts the day on which he will marry, in a “real” wedding, an American bride.

Goro rushes in, announcing the arrival of Butterfly and her attendants. She is the happiest girl in Japan, she tells her friends, for she is answering the call of love. They all bow to Pinkerton, who is enchanted with Butterfly. She tells him about her family, which had once been prosperous; reversals had forced her and her friends to become geishas to support themselves. Her mother, though noble, is also very poor. When Sharpless asks about her father, she replies curtly, “Dead.” To break the tension, Sharpless asks how old she is. She engages in a little guessing game with the men, but finally she says that she is 15: “I am already old!” Sharpless is shocked, but Pinkerton thinks that she is at just the right age for marriage.

A parade of officials and relatives begins to arrive for the wedding: the Commissioner, the Registrar, Butterfly’s mother, her drunken uncle Yakuside, and her jealous and nitpicking cousins. As Goro vainly tries to quiet them, Sharpless remarks on how lucky Pinkerton is to have such a beautiful bride, and Pinkerton expresses his passion for her. Sharpless warns him that the marriage is no joke, for Butterfly believes in it. Pinkerton takes her aside for some private conversation. She shows him all of her possessions—a few trinkets, including a mysterious narrow box that she will not show him. When she brings it into the house, Goro whispers to Pinkerton that the box contains a knife; the emperor had given it to her father with the invitation to kill himself, and he had obeyed, committing ritual suicide. Butterfly returns to show Pinkerton figures that he thinks are dolls, but to Butterfly they represent hotoke—the souls of her ancestors. She tells him that she had secretly gone to the Christian mission the day before to convert to her new husband’s religion, for she wants to pray to the same god as he. For him, indeed, she would give up her family; she passionately throws herself into his arms.

Upon prompting by Goro, the brief marriage ceremony proceeds. As the relatives gather around Butterfly to congratulate her, Sharpless, as he is leaving, advises Pinkerton to be careful. After the guests have drunk a toast to the couple, the frightening voice of Butterfly’s uncle, the Bonze, is heard, accusing Butterfly of committing an abomination. Ignoring Pinkerton, the Bonze rushes in and announces to the shocked family that Butterfly has renounced their ancient religion. Pinkerton throws him out, and the Bonze leads the guests off, shouting imprecations at the weeping bride. The couple is finally alone, and Pinkerton comforts Butterfly. She goes into the house to undress for her wedding night, assisted by Suzuki. Pinkerton cannot believe that this “toy,” this child-bride, is his wife, and he is consumed with desire. When she returns, she urges him to love her, just a little. He kisses her hands and says that her name is right for her. She replies that she has heard that in other countries butterflies are caught and pinned to a board. He reassures her and urges her to come into the house as she gazes with ecstasy at the night sky. They sing a passionate duet and go into the house.