Yet La Traviata, his most beloved work, is a simple and heartbreaking story of two young lovers, the deeply romantic Alfredo and the doomed courtesan Violetta, torn apart by the hypocrisies of a lavishly decadent high society and the cruelties of fate. La Traviatais an all-regions disc in 16:9 ratio. Sound options include PCM Stereo and DTS 5.1 Surround. Sung in Italian, subtitles include English, French, German, Italian and Spanish.

Violetta, a courtesan of renown desire, is hosting a lavish party with the upper-class gentlemen of Paris and her fellow courtesans, all funded by her admiring patron, Baron Douphol. Amidst the champagne, she is introduced to a middle-class gentleman, Alfredo Germont, who has been in love with her for over a year – since, we learn, her illness began. Alfredo is pressured to make a toast in which Violetta joins him, urging everyone to enjoy the fleeting pleasures of life. As the guests retire to other rooms, Violetta suddenly grows ill. While left alone with Violetta, Alfredo protests his love, which she discourages at first, but then accepts in a sudden reversal. As dawn breaks, the gentlemen must all go home, and Violetta is left alone to contemplate the idea of having a true love for herself. Instead, she resolves to plunge herself headlong into the vortex of hollow pleasures that make up her existence. 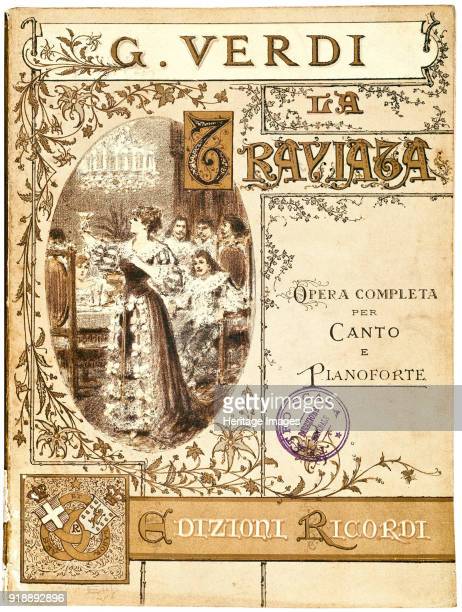 Scene 1 A house in the country, three months later

Violetta and Alfredo are now living together in the idyllic countryside. When Alfredo learns from her servant Annina that Violetta has sold her possessions to support the life they lead, he returns to the city to raise the necessary funds. In his absence, Violetta receives an unexpected visit from Alfredo’s father. He begs her to end their relationship, otherwise his daughter’s marriage into a respectable family will be threatened. After a relentless breakdown of her character, Violetta agrees to sacrifice her love – despite it breaking her will to live. Germont leaves and Violetta writes a farewell note to Alfredo: she will return to the city and Douphol’s patronage. Alfredo returns, and Violetta arranges for him to be given the note after she has gone. When he reads it, he refuses the consolation of his father, who has been watching from nearby, and rushes back to the city to avenge himself.

A party is in progress, enlivened by a masque of gypsies and bullfighters. Alfredo appears alone and witnesses Violetta on the arm of Douphol. The two men play an aggressive round of cards which Alfredo wins. When she has an opportunity, Violetta speaks to Alfredo alone and begs him to leave and avoid a deadly fight with Douphol; pressed by Alfredo, she maintains her promise to Alfredo’s father and tells Alfredo that she loves Douphol. In a fury, Alfredo summons the guests to witness the repayment of his debts as he flings his winnings at her. Germont enters in time to witness his son’s outburst and shames him. Alfredo must leave the party – and Violetta.

The doctor tells Annina that her mistress will soon die. Violetta instructs Annina to give what little money they have left to the poor, and re-reads a letter from Germont telling her that Alfredo now knows of her sacrifice and is returning to beg her forgiveness. She believes it is now too late for a reunion with Alfredo. She bids farewell to all her hopes and prays to be released from this suffering. The sounds of a carnival in the street summon false hopes of Alfredo’s return. Then, to her astonishment, Alfredo returns to hold his beloved. Germont arrives to give his blessing, full of remorse at the pain he has caused. But it is too late.