On the heels of her triumphant Met performances as Tatiana in Eugene Onegin, soprano Anna Netrebko takes on another Tchaikovsky heroine in the first opera of this intriguing double bill, consisting of an enchanting fairy tale (Iolanta) followed by an erotic psychological thriller (Bluebeard’s Castle). Netrebko stars as the beautiful blind girl who experiences love for the first time in Iolanta, while Nadja Michael is the unwitting victim of the diabolical Bluebeard, played by Mikhail Petrenko. Both operas are directed by Mariusz Trelinski, who was inspired by classic noir films of the 1940s. Iolanta also stars Piotr Beczala, and Maestro Valery Gergiev conducts both operas.

More information is available on the operahouse's official website. 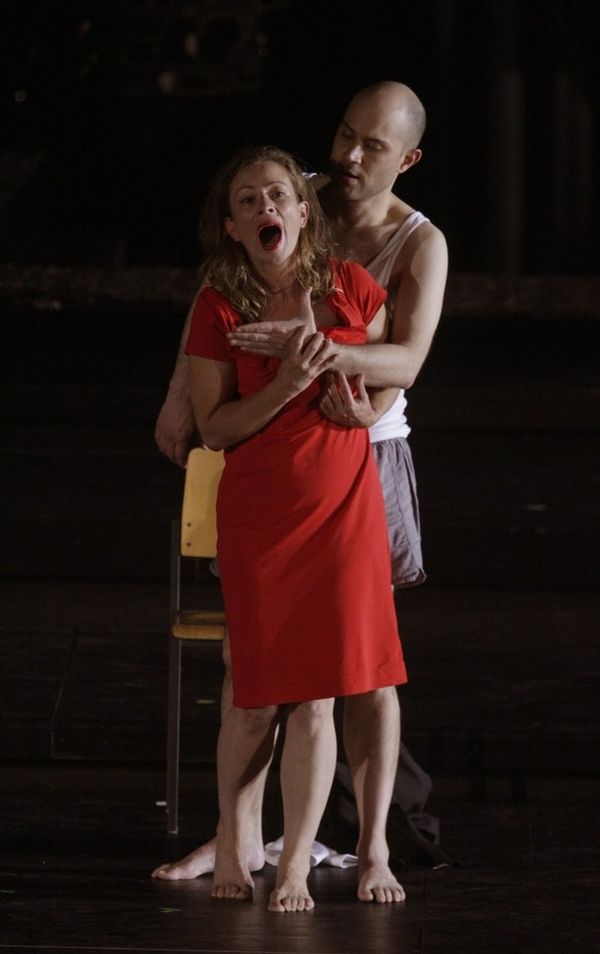 The setting is an estate in the mountains of southern France in the Middle Age .

Princess Iolanta, King René's daughter has been blind from birth, and lives in a castle in isolated splendour. She has never been allowed to know that she is different from other people. She has been betrothed to Robert from childhood, who she has never seen.

One day, a young knight Vaudémont, Robert’s friend, sees the sleeping beautiful Iolanta and instantly falls in love with her. He discovers Iolanta’s blindness and her ignorance of the fact and explains light and colour to her.

The couple is discovered by the King. Vaudémont pledges his love, whether Iolanta is blind or not. The King is desperate that the secret has been revealed to his daughter. The physician Ebn-Hakiya offers to save the situation saying that perhaps Iolanta can be healed – but only if she has sufficient motivation. So the King pretends to Iolanta that he will kill Vaudémont if the treatment fails. She leaves with the physician.

Finally, the princess successfully completes her treatment, now can see her surroundings. King René cancels the betrothal with Robert and offers her Vaudémont who pledges everlasting fidelity to Iolanta. Everybody glorifies God.