Streaming and discussion begin at 7:30 PM. 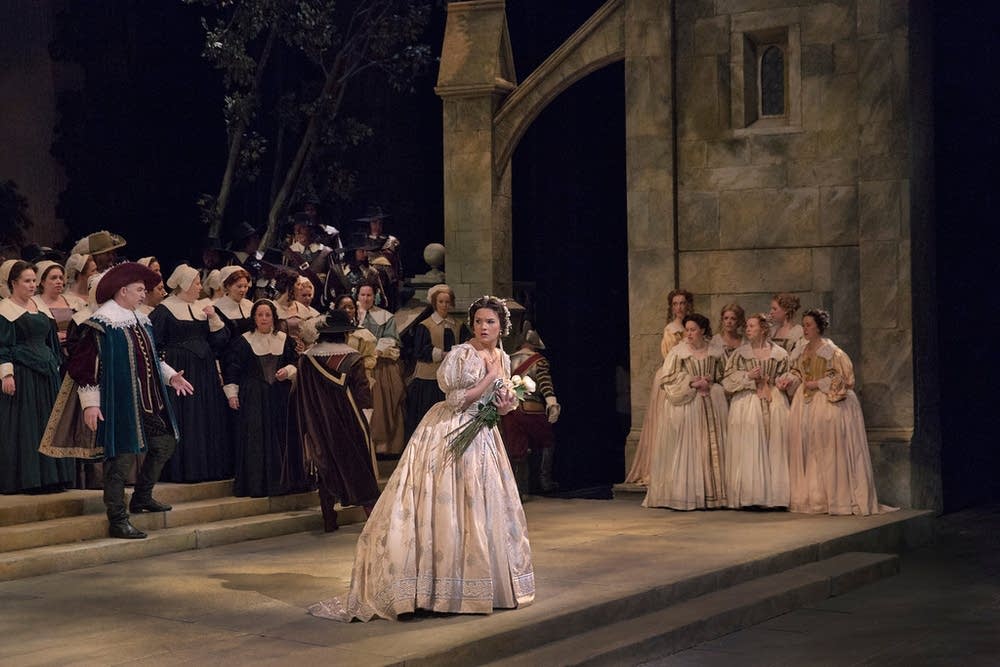 Our Own JJ on this production:

The raison d’être of this revival, Anna Netrebko, brings to the role of Elvira a haunting lyric soprano, innate glamour, and a strong instinct for the stage. What she lacks is technical polish, specifically the ability to articulate quick coloratura passages. This serious weakness was likely exacerbated by insufficient preparation. “Puritani” is her fourth new opera role this year.

As such, Netrebko’s Elvira cannot be called an unqualified success; but there is more to opera than vocal technique. Netrebko delivered a performance that won both loud ovations and the far more rare accolade of rapt, silent attention from the Met audience. Her graceful stage presence and unforced pathos helped immensely, but what really made the evening work was the soprano’s ability to shape the long Bellini phrases into expressive paragraphs. Anna Netrebko may or may not keep “Puritani” in her repertoire, but whatever she sings will be well worth hearing. 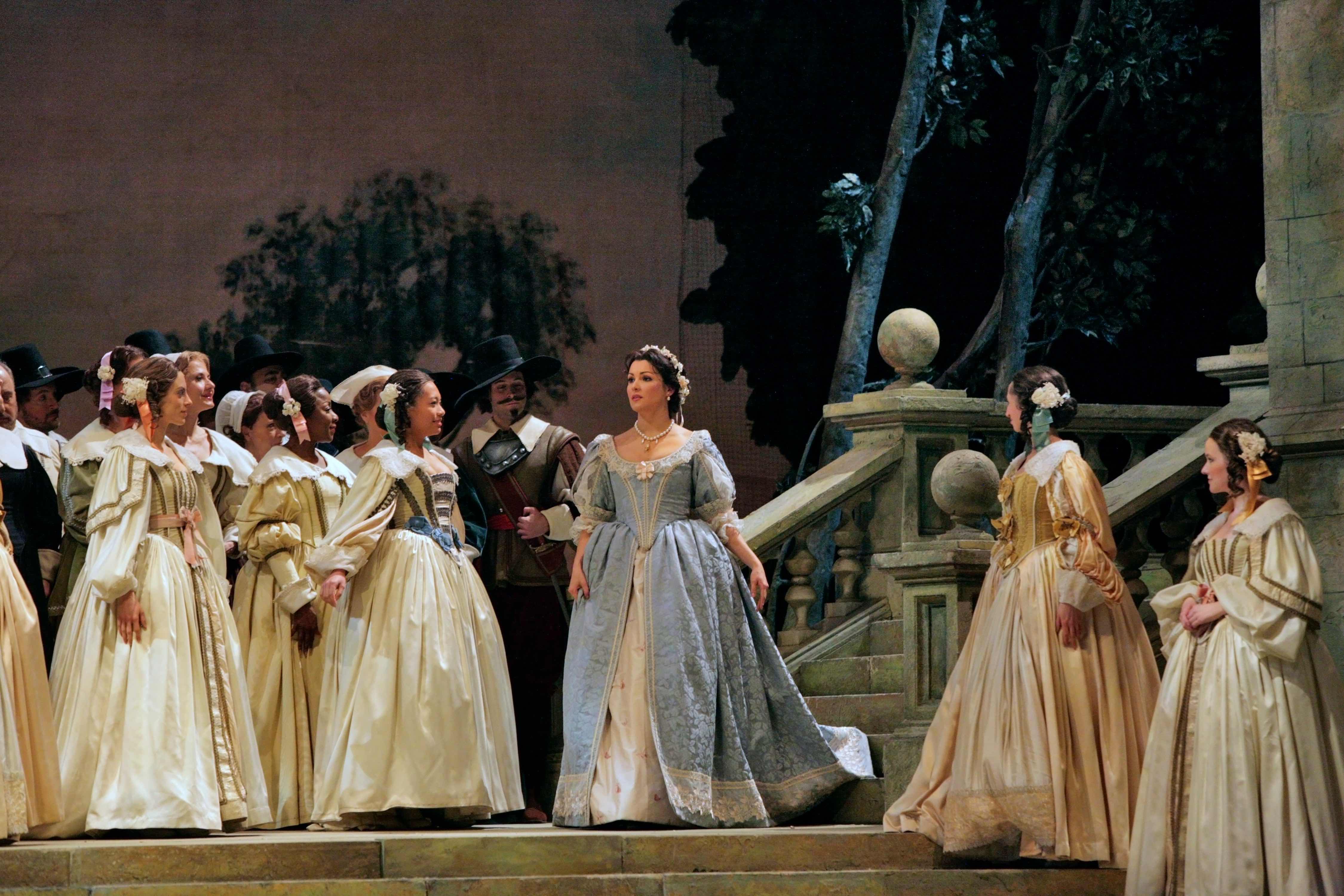 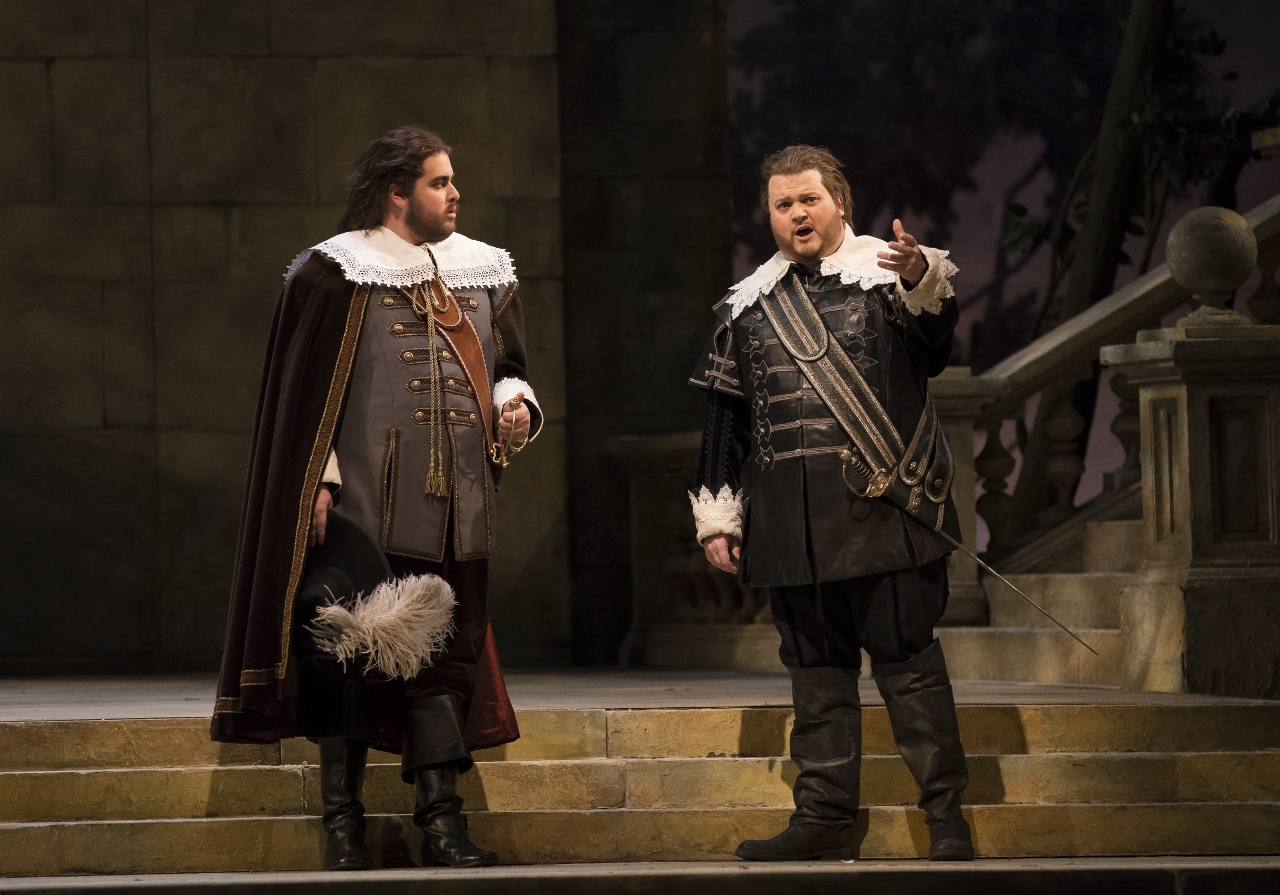