Giuseppe Verdi (1813-1901) was a master of both melody and drama in his work, leading to his work becoming the mainstay for operas throughout the world. Read more on Verdi, here. Find Giuseppe Verdi composition information on AllMusic. Verdi (1813-1901) was one of the leading opera composers of all time. His works are notable for their lyricism and melodic invention.

Giuseppe Verdi was to opera in the Italian tradition what Beethoven was to the symphony. When he arrived on the scene some had suggested that effective opera after Rossini was not possible. Verdi, however, took the form to new heights of drama and musical expression. Partisans see him as at least the equal of Wagner, even though his style and musical persona were of an entirely different cast. In the end, both Verdi's popular vein -- as heard in the operas Rigoletto, Il trovatore, and La traviata -- and his deeper side -- found in Aida, Otello, and Falstaff -- demonstrate his mastery and far-reaching development of Italian opera. 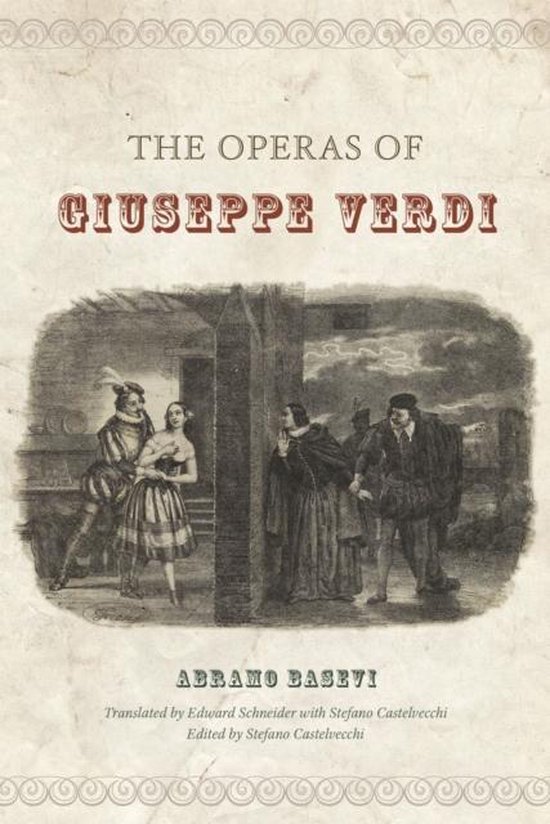 Verdi showed talent by the age of seven and even played organ at a local church. Around this time he was given an old piano, which he quickly learned to play with proficiency. He moved to Busseto in 1823 and began study the following year with Ferdinando Provesi. By age 15 he had become an assistant church organist and had already started composing. Beginning in 1832, he studied privately with Vincenzo Lavigna in Milan, after the Conservatory there turned him away.

He returned to Busseto and married Margherita Barezzi in 1836. Having achieved publication of some songs, he moved to Milan in 1839 and composed his first opera, Oberto. It was a success, though his next effort, Un giorno di regno, was an abject failure. Worse, Verdi's wife died during its composition. (Their two children had died in the previous two years.) Stunned and depressed, the composer struggled on to rebound with Nabucco (1842) and I lombardi (1843). Macbeth, Luisa Miller, and other operas came in the 1840s, most with great success.

Around 1847, Verdi developed a relationship with soprano Giuseppina Strepponi and the two lived together for many years on Verdi's farm, Sant'Agata, before finally marrying in 1859. In the period 1851-1853, the composer wrote three of his most popular operas. Rigoletto (1851) and Il trovatore (1853) were instant successes, but La traviata (1853) was a disappointment at its premiere, though a year later, with minor revisions, it was warmly received. After an extended excursion to Paris in 1853, Verdi returned to Busseto and turned out Simon Boccanegra (1857) and Un ballo in maschera (1859), both embroiling him in politics, an activity in which he was already immersed, since he served in the local parliament and later in national parliament as senator. In St. Petersburg, Verdi's La forza del destino premiered in 1862 and Don Carlos in Paris in 1867.

Having relocated to Genoa, Verdi composed Aida in the years 1870-1871. Its Cairo premiere in 1871 was a success, but the composer then gave up opera, at least for a time. His String Quartet (1873) and Requiem (1874) showed his creative juices were still very much alive. His next opera, Otello, came finally in 1886, Verdi working slowly and getting sidetracked revising earlier operas. One more opera came from his pen, Falstaff, in 1893, which scored a stunning success. Critical opinion has it that his last three operas are his finest, that the elderly composer became bolder and more imaginative in his later years.

In these later years, Verdi also worked to found a hospital and, in Milan, a home for retired musicians. In 1897, Giuseppina Verdi died and the composer thereafter lived at the Grand Hotel in Milan, finding companionship with retired soprano Teresa Stolz. A year later, his Quatro pezzi sacri premiered in Paris. This would be the composer's last work. On January 21, 1901, Verdi suffered a stroke and died six days later.

NPR’s sites use cookies, similar tracking and storage technologies, and information about the device you use to access our sites (together, “cookies”) to enhance your viewing, listening and user experience, personalize content, personalize messages from NPR’s sponsors, provide social media features, and analyze NPR’s traffic. This information is shared with social media, sponsorship, analytics, and other vendors or service providers. See details.

You may click on “Your Choices” below to learn about and use cookie management tools to limit use of cookies when you visit NPR’s sites. You can adjust your cookie choices in those tools at any time. If you click “Agree and Continue” below, you acknowledge that your cookie choices in those tools will be respected and that you otherwise agree to the use of cookies on NPR’s sites.