Remembering Karen Carpenter, 30 Years Later By the time she was 24, Carpenter was already famous, having released more than a dozen hit records with her brother Richard. Her legacy remains a. These simple, homemade carp bait recipes work great in hooking those big carp fish. So if you are planning your next carp fishing trip then try these recipes for sure. One of the largest members of the minnow family, carps are the most commonly found fish in the waters of America and around the world.

The Carp routines are useful in your own modules because they act like die() or warn(), but with a message which is more likely to be useful to a user of your module. In the case of cluck() and confess(), that context is a summary of every call in the call-stack; longmess() returns the contents of the error message.

For a shorter message you can use carp() or croak() which report the error as being from where your module was called. shortmess() returns the contents of this error message. There is no guarantee that that is where the error was, but it is a good educated guess.

Carp takes care not to clobber the status variables $! and $^E in the course of assembling its error messages. This means that a $SIG{__DIE__} or $SIG{__WARN__} handler can capture the error information held in those variables, if it is required to augment the error message, and if the code calling Carp left useful values there. Of course, Carp can't guarantee the latter.

You can also alter the way the output and logic of Carp works, by changing some global variables in the Carp namespace. See the section on GLOBAL VARIABLES below.

Here is a more complete description of how carp and croak work. What they do is search the call-stack for a function call stack where they have not been told that there shouldn't be an error. If every call is marked safe, they give up and give a full stack backtrace instead. In other words they presume that the first likely looking potential suspect is guilty. Their rules for telling whether a call shouldn't generate errors work as follows:

As a debugging aid, you can force Carp to treat a croak as a confess and a carp as a cluck across all modules. In other words, force a detailed stack trace to be given. This can be very helpful when trying to understand why, or from where, a warning or error is being generated.

This feature is enabled by 'importing' the non-existent symbol 'verbose'. You would typically enable it by saying

or by including the string -MCarp=verbose in the PERL5OPT environment variable.

Alternately, you can set the global variable $Carp::Verbose to true. See the GLOBAL VARIABLES section below.

At each stack level, the subroutine's name is displayed along with its parameters. For simple scalars, this is sufficient. For complex data types, such as objects and other references, this can simply display 'HASH(0x1ab36d8)'.

This variable determines how many characters of a string-eval are to be shown in the output. Use a value of 0 to show all text.

This variable determines how many characters of each argument to a function to print. Use a value of 0 to show the full length of the argument.

This variable makes carp() and croak() generate stack backtraces just like cluck() and confess(). This is how use Carp 'verbose' is implemented internally.

This variable sets a general argument formatter to display references. Plain scalars and objects that implement CARP_TRACE will not go through this formatter. Calling Carp from within this function is not supported.

This variable, in your package, says which packages are not to be considered as the location of an error. The carp() and cluck() functions will skip over callers when reporting where an error occurred.

NB: This variable must be in the package's symbol table, thus:

This would make Carp report the error as coming from a caller not in My::Carping::Package, nor from My::Friendly::Caller.

Also read the 'DESCRIPTION' section above, about how Carp decides where the error is reported from.

Overrides Carp's use of @ISA.

would give a full stack backtrace starting from the first caller outside of __PACKAGE__. (Unless that package was also internal to Perl.)

This says which packages are internal to Perl's warning system. For generating a full stack backtrace this is the same as being internal to Perl, the stack backtrace will not start inside packages that are listed in %Carp::CarpInternal. But it is slightly different for the summary message generated by carp or croak. There errors will not be reported on any lines that are calling packages in %Carp::CarpInternal.

For example Carp itself is listed in %Carp::CarpInternal. Therefore the full stack backtrace from confess will not start inside of Carp, and the short message from calling croak is not placed on the line where croak was called.

This variable determines how many additional call frames are to be skipped that would not otherwise be when reporting where an error occurred on a call to one of Carp's functions. It is fairly easy to count these call frames on calls that generate a full stack backtrace. However it is much harder to do this accounting for calls that generate a short message. Usually people skip too many call frames. If they are lucky they skip enough that Carp goes all of the way through the call stack, realizes that something is wrong, and then generates a full stack backtrace. If they are unlucky then the error is reported from somewhere misleading very high in the call stack.

The Carp routines don't handle exception objects currently. If called with a first argument that is a reference, they simply call die() or warn(), as appropriate.

Carp is maintained by the perl 5 porters as part of the core perl 5 version control repository. Please see the perlhack perldoc for how to submit patches and contribute to it.

The Carp module first appeared in Larry Wall's perl 5.000 distribution. Since then it has been modified by several of the perl 5 porters. Andrew Main (Zefram) <[email protected]> divested Carp into an independent distribution.

This module is free software; you can redistribute it and/or modify it under the same terms as Perl itself.

Koinobori (鯉のぼり), meaning 'carp streamer' in Japanese, are carp-shaped windsocks traditionally flown in Japan to celebrate Tango no sekku (端午の節句), a traditional calendrical event which is now designated a national holiday: Children's Day (Kodomo no Hi, 子供の日).[1] These windsocks are made by drawing carp patterns on paper, cloth or other nonwoven fabric. They are then allowed to flutter in the wind. They are also known as satsuki-nobori (皐のぼり). 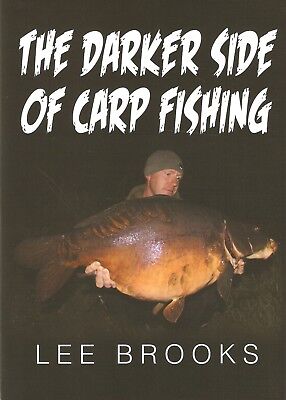 Children's Day takes place on May 5, the last day of Golden Week, the largest break for workers and also a week in which businesses usually close for up to 9–10 days. Landscapes across Japan are decorated with koinobori from April to early May, in honor of children for a good future and in the hope that they will grow up healthy and strong.

A typical koinobori set consists of, from the top of the pole down, a pair of arrow-spoked wheels (矢車, yaguruma) with a ball-shaped spinning vane, flying-dragon streamer (飛龍吹流し, hiryū fukinagashi) that looks like a windsock. The number and meaning of the carp socks or koinobori that fly beneath the streamer has changed over time. Traditionally, the set would contain a black koinobori representing the father, followed by a smaller, red koinobori representing his eldest son. This is why, according to the Japanese American National Museum, in the traditional 'children's song,' the red one (higoi) represents the eldest son. If more boys were in the household, an additional blue, green and then, depending on the region, either purple or orange koinobori were added. After the government's decree that converted Boy's Day (Tango no Sekku) into the present Children's Day (Kodomo no Hi), the holiday came to celebrate the happiness of both boys and girls. As a result, the red koinobori came to represent the mother of the family and it is not uncommon for the color to be varied as pink. Similarly, the other colors and sizes of carp came to represent all the family's children, both sons and daughters. At present, the koinobori are commonly flown above the roofs of houses with children, with the biggest (black) koinobori for the father, next biggest (red or pink) for the mother, and an additional, smaller carp of a different color for each child in decreasing order by age.

These koinobori range from a few centimetres to a few metres long. In 1988, a 100m long koinobori weighing 350kg was made in Kazo, Saitama.

According to the Japanese American National Museum, the koi fish was chosen as a symbol for Boys' Day because 'the Japanese consider it the most spirited fish -- so full of energy and power that it can fight its way up swift-running streams and cascades. Because of its strength and determination to overcome all obstacles, it stands for courage and the ability to attain high goals. Since these are traits desired in boys, families traditionally flew Koinobori from their homes to honor their sons.' The streamers also pay homage to a myth from the late Han Dynasty about a golden koi fish that swam up a waterfall at the end of the Yellow River and became a dragon.[2]

In addition, there are many different theories about the origins of Children's Day itself. One source states that 'Boy's Day, now Children's Day, has been celebrated for more than 700 years, but no one knows exactly when or why it began. Another source says that it started in the year 1282, as a celebration for a victory won by samurai warriors in a battle with invaders'.citation needed Asia Kids Society has another theory that 'Until 1948, May 5 was called Tango no Sekku and only honored boys. A separate holiday called Hinamatsuri or 'Dolls' Day' celebrated girls on March 3. Even now, on this day girls still receive dolls that had been passed down to their grandmothers and mothers'. This fact led to a combination of holidays, and as described by AKS, 'For many families, May 5 still centers on boys. Some people say that Hinamatsuri for girls should become an equal holiday instead of combining them into one'. Whilst both sources have different theories, no one truly knows when the holiday actually began.

Today, along with the raising of Koinobori in each household, Asia Kid Society states that children also 'indulge in kashiwa mochi', sticky rice cakes wrapped in oak leaves, and other sweets. As a tradition, throughout Children's Day, children also thank and show respect for relatives, parents, and teachers for support throughout their life.

A famous Koinobori song often sung by children and their families. It was published in Ehon shōka haru no maki (Picture Songbook, Spring) in 1932. The lyrics are by Miyako Kondō (近藤宮子), the composer is unknown.