Scenario: Live view on older Axis Cameras run best in IE, but the base functionality is not clearly supported in Windows 10.
Newer Axis Cameras cannot run in IE, forcing us to run heavier browsers on our Windows Embedded 7 thin clients, which often chews up resources.

Goal: Using Axis Media Control SDK and VAPIX, develop a small app that allows both newer and older cameras to run with PTZ control without the need for a browser.

I've not really done much development in my career, so while the app is admittedly quite simple, the process was a bit involved as I was teaching myself C# and working through unknown territory.

I needed the app to accept between one and four IP addresses, and determine the layout and size of controls based on how many cameras were being displayed. Winforms proved to be quite difficult in this regard and I ultimately resorted to WPF in order to simplify organizing the screen real-estate.

In the beginning I had to decide whether I would use the SDK or VAPIX for the majority of the command structure. VAPIX is quite simple as it is just calls directly to the camera, whereas the SDK had a lot of the innate features built in. While VAPIX was the simpler solution to implement successfully, I ultimately chose to struggle with the SDK because it would manage the PTZ commands directly, whereas with VAPIX I would have to implement my own process for parsing the user's interactions to the camera. 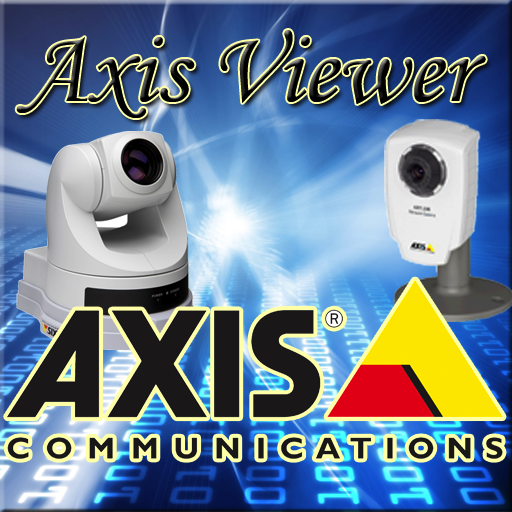 The Axis SDK by default adds a toolbar to the camera view control, this includes a number of features we aren't using but hides camera PTZ presets behind the context menu. To clean up the control, I hid the toolbar on the camera view control and instead added an icon from awesomefonts that, when clicked, calls the VAPIX command for the camera to reset to 'Home'. All of our PTZ's have only the one preset, so it was unnecessary to add more advanced functionality here.

Per my limited knowledge in this area, I had issues handling some edge case scenarios in regards to how the app manages the settings entered by the user. Namely, I have four fields handling IP addresses, one assigned to each view-control. I needed the settings window to handle situations where certain fields may be left empty, so that when the view area initializes, it only loads the viewers that are populated, and loads them in incremental order. My result was when the settings form is saved, the fields pass all the non-null field data to an array, and then save them from there to the settings file. This occurs at the same time as validating the data entered as actual IP addresses.

I ended up also adding a password option to the settings form, so that we can lock the users out of inadvertently editing the included IP addresses.

The first build worked quite well on 64bit Windows 7, but failed on Windows 10 - this ended up being partly due to dotnet versioning, based on my testing. After revising the app with dotnet 4.8 and adjusting some of the settings, it ran correctly on both 64bit windows 7 and windows 10.

I then discovered that I needed to include specific code to handle saving screen state information, most of our install locations will require the app to run on a second monitor, so this was necessary to save myself from frustrated phone calls.

All in all, the app works quite well in the test installs I have currently. The last remaining roadblock is running it on older thin clients running 32bit Windows 7 embedded with smaller harddisk space. The sheer size of the dotnet install makes the process virtually impossible with the current hardware configuration I inherited, though we have plans to upgrade these machines to 64bit with larger SSD's in the future anyway, so the app will be waiting on that for the time being.

This was an interesting project and a fairly good one to get a taste of programming. My users seem happy, my boss is happy, I'm happy.