Architects sketch as a part of doing their job – at least all the good ones that I know. Right now, as a general rule, it would appear that depending on how old you are, you either sketch, use computer software, or some portion of both to work through your ideas. At 49-years-old, I seem to be in the camp that uses both but more times than not, I start with a roll of trace paper.

Since I seem to share a lot of process sketches on my Instagram feed, I thought it might be interesting to take some of those sketches and turn them into posts that elaborate on what I was thinking and review my intentions. This will be the first of these sorts of posts and as such, will be a bit longer. We recently started a commercial project in San Marcos, Texas that will contain approximately 12,000 square feet for a medical practice and 8,000 square feet for additional tenant space. The sketch above was generated by Landon Williams in my office after he and I had sat down to review the design ideas I had been working on developing. We already had the building massing put together and I had a fairly good idea of how I wanted the building to look. After our conversation, Landon produced a fairly accurate concept sketch that reflected our conversation.

As the drawings were being developed, our building started to fall into place – and I am happy to note that the building was looking just how I had imagined. In the quick rendering shown above, you can see the large covered courtyard just outside the entrance to the medical practice as well as the retail component associated with the medical practice to the left. On the far right, there is a custom metal screen to help visually enclose the courtyard but still allow light, shadows, and air movement into the space.

The process sketch I will be focusing on today is associated with the large display window at the retail component. I have indicated the area shown within the dashed white ring above.

The vast majority of the sketches I produce are not fit for public consumption. I talk a lot as I am sketching and the drawing I create simply reinforces the words I am speaking. Landon sits right next to me (both a blessing and a curse I can promise you) and we frequently discuss design ideas and concepts throughout the day. The sketch above was one such discussion – I wanted to review how the projection at the display window would be built. As I discussed the components, I wanted to review the impact each decision would have on the final product.

If you look closely at the sketch above, you will see that we discussed the structural system, the spacing of various elements, how the metal would be wrapped on the projection, and what sort of glazing we would be using. 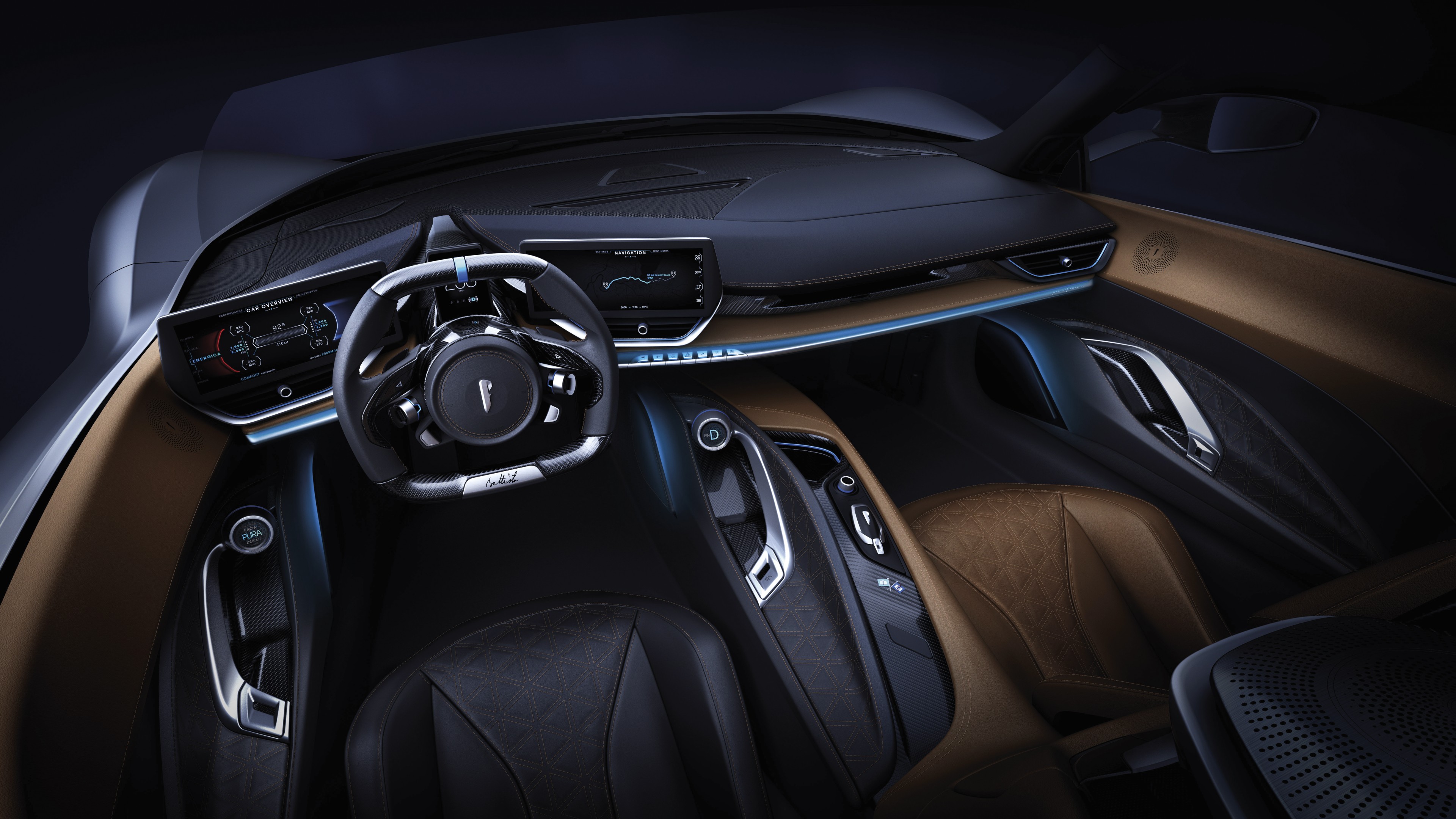 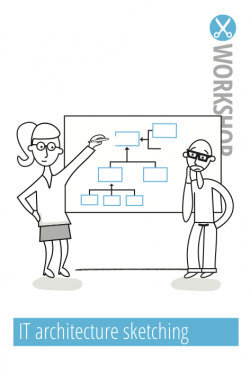 I pulled my sketches out from the pile once I decided to write this post and thought I would add some notes to indicate the topics we discussed and the questions that were asked that formed the basis for creating the “sketch” you see in the drawing.

Many times I will revisit these initial sketches and take a few minutes to clean them up so that I have a record of the conversation that took place. This will allow me to track how the design and details are coming along.

I don’t know how things work in other architectural offices but pretty much everyone in my office is a genius and more times than not, our biggest concern from a management standpoint is making sure that people are challenged and engaged. This is something that I think about every day and for this reason, I discuss and collaborate with the people who work with me rather than simply telling them what to do. That’s why most of these sketches exist.

I don’t use a scale when I sketch so it’s not that uncommon that things can go a little sideways on me. You can see in the above sketch that I’ve only indicated three courses of brick under the window … all you have to do is look back at the rendering to see that it’s actually closer to 9 courses – a difference of about 16″ (24″ total).

I’m not sure how these posts will be received but I’ll give it a go for a few times and we’ll see if anybody finds them interesting. 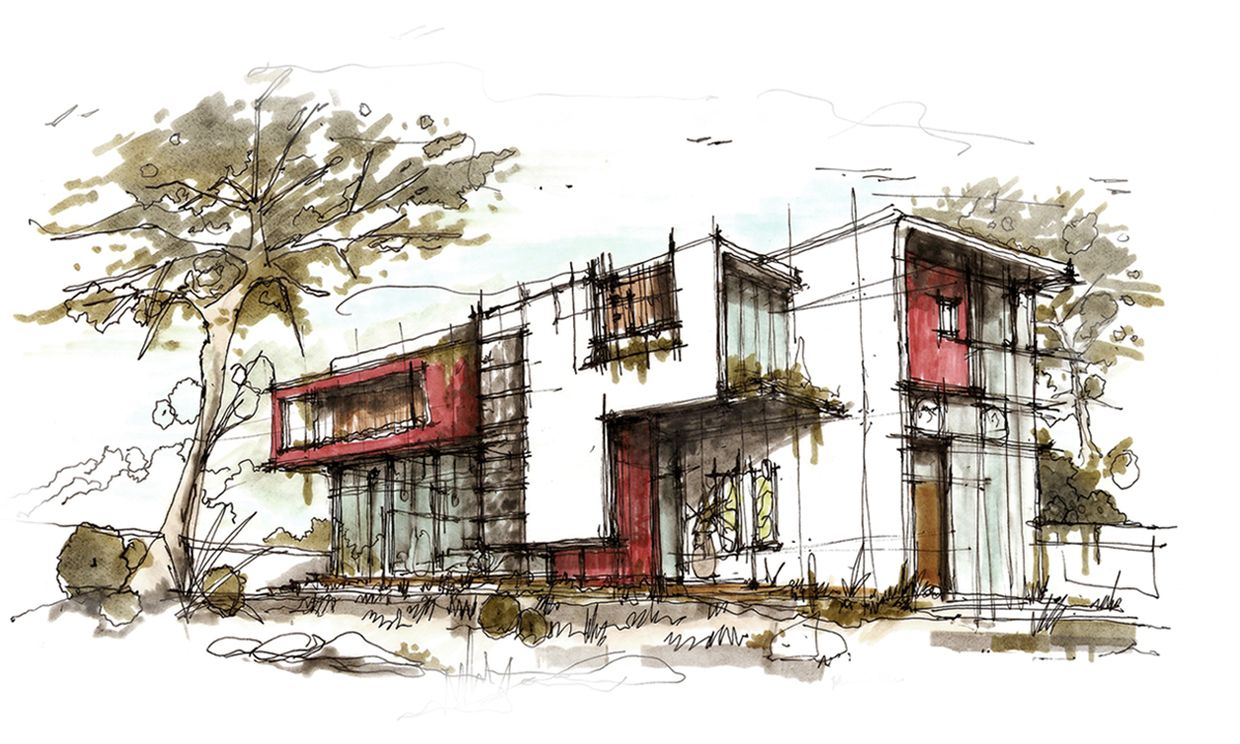 even better stuff from Life of an Architect